Search for shooters after teens injured in West Philadelphia 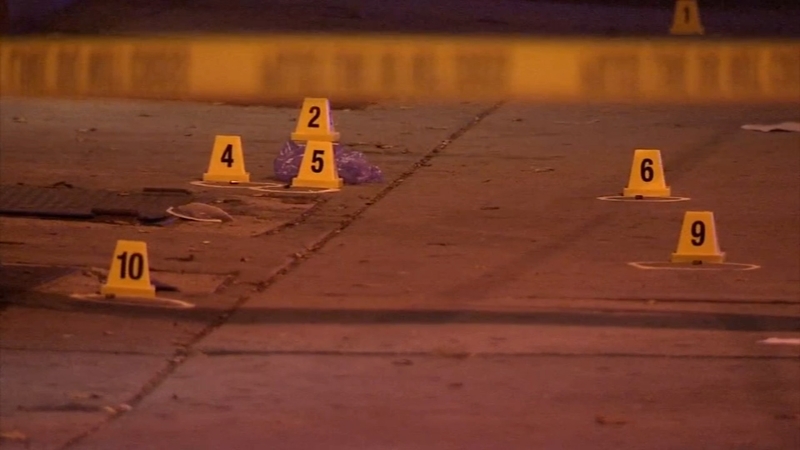 WEST PHILADELPHIA (WPVI) -- Police are searching for the gunmen who shot two teens in West Philadelphia.

A 17-year-old male is in critical condition, and a 19-year-old suffered a graze wound.

Police are still working to determine what motivated the shooting. They believe it was not random.

They were looking at surveillance video from the Hong Fa Chinese restaurant to try to identify the gunmen.

"I heard about nine gunshots when I was in Bible study," said one witness.

That person said once the gunfire stopped, he ran out of the Bibleway Baptist Church to see if anyone had been shot.

"I just saw a crowd gathered at the Chinese store, and we called 911," the witness said. "And the police came, and took the guy to the hospital."

Search for shooters after teens injured in West Philadelphia. Christie Ileto reports during Action News at 11 p.m on December 6, 2017.

Police said the 17-year-old was shot in the leg and stomach.

The victim's friend told Action News off camera. "I saw him lying on the ground holding his wounds. I looked him straight in the eye, and he looked at me, and I couldn't do anything to help him."

Philadelphia Police Lt. Johnny Walker said, "It looks like he's hit and then runs into the restaurant for safety."

It's not clear if the teen knew who shot him.

"The way they come up on him, appears to be him or either someone that was out here with him they were shooting at, but he takes the bullet," Lt. Walker said.

Police say the second gunshot victim, the 19-year-old, was taken to Lankanau Hospital with minor injuries.