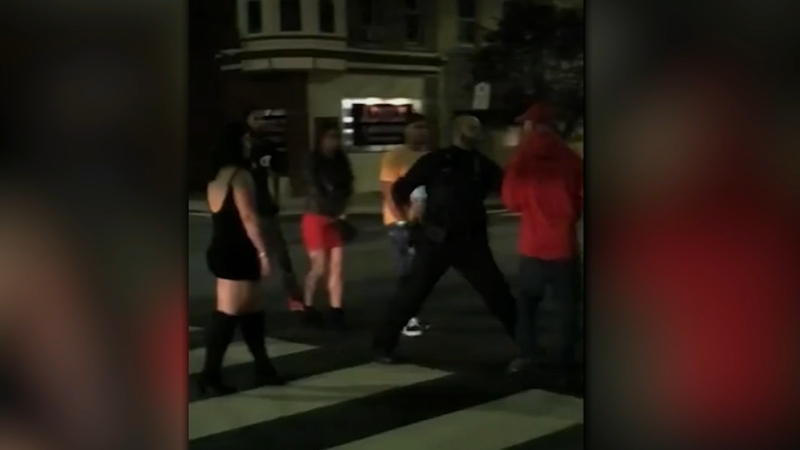 ALLENTOWN, Pa. (WPVI) -- A security guard is under investigation over a video that shows him punching and knocking a man out near a nightclub in Allentown, Pa.

The violent encounter happened early Sunday morning outside The View in the 1100 block of Hamilton Street.

The man who was punched has been identified by family members as 26-year-old Alex Renovales of Reading.

Investigator say witnesses have not been cooperative, the guard who threw the punch has not yet been identified, and the victim is in no shape to be interviewed.

People who live nearby say scenes like this are common on any given weekend night.

"I could see you having a club, but if you can't control the people you have in your club, of the people that work for you, you shouldn't be there," said Mario Rodriguez.

Allentown officials say The View has been a thorn in their side for a while, primarily because the operators do not have a liquor license.

Since the club is not within the jurisdiction of the state's liquor control enforcement, Allentown officials recently passed a nuisance abatement ordinance led by Councilwoman Candida Affa.

"We might be able to create enough points for us to take them to court and take their city license away from them," she said.

Affa says she is making it her mission to shut down this club.

"The perception of Allentown needs to change and it has been changing but because of this one place... they are single-handedly ruining our downtown."