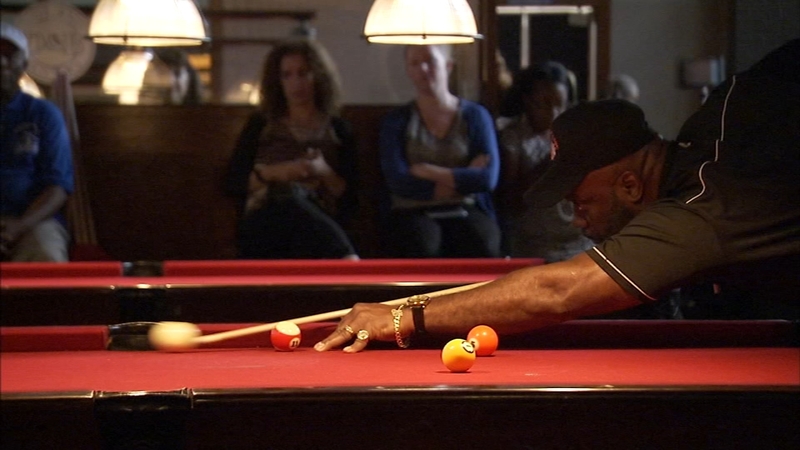 PHILADELPHIA (WPVI) -- It's competitive, intense and most importantly - fun. We're talking about an annual billiards championship that proves pool is an ageless pastime.

Ronald Brown and Bruce Jenkins both grew up playing billiards.

"I fell in love with pool at six years old. I played for a while early in my 20s then I got a job and I slowed down with the pool," said Jenkins.

Now, they go to senior centers across the city to play and compete.

"And while most centers have pool as part of their activities, some play just for fun but others are much more serious about it," said Patricia Funaro, Director of Program Management at Philadelphia Corporation for Aging.

For those more serious players, it all culminates with the Philadelphia Corporation for Aging's Billiards Championship held at Dave & Buster's.

"We put the word out. We have elimination games and then finalists.This year we had six teams in the tournament," said Funaro.

"Oh I love it, it's competitive. The camaraderie is good with the team. It's all about the sport," said Brown.

"Yeah, we got some great players. When I got there, they won five or six championships," said Jenkins.

"Even playing against each other, we still, you know, we have a good time," added Brown.

"It's great playing with people my age. I love it, it's fun," said Jenkins.

Socialization is a big part of the tournament.

"And you're bending over and up. You're thinking past that first ball. Yes, it keeps you sharp if I wasn't playing pool, I'd probably be home pushing the remote control," said Jenkins.

"It's nice, it's something for the seniors to do," said Brown.

They even have cheerleaders.

"It's a real competition. That's why we're sure we have referees here - they're official referees who are really looking at everything," said Funaro.

The winning team gets to hold onto the trophy for the year.