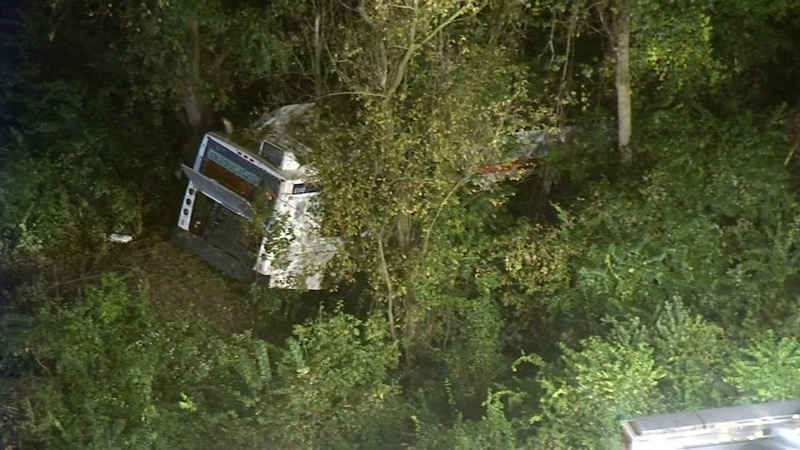 UPPER MERION TWP., Pa. (WPVI) -- Five people were hurt when a SEPTA bus and a car collided in Montgomery County.

It happened shortly after 9.p.m. Wednesday on Allendale Road near First Avenue in Upper Merion Township.

Investigators say the bus collided with a car, went over a guardrail and crashed in the woods.

According to officials, four people were on the bus and two people were in the sedan; all of the injuries appear to be non-life threatening.

"We're very lucky for where the bus wound up ending up and for the work of the rescue personnel," Upper Merion Police Chief Thomas Nolan said.

Several injured in SEPTA bus crash on Allendale Road in Upper Merion township as reported by Christie Ileto during Action News at 11 on September 26, 2018.