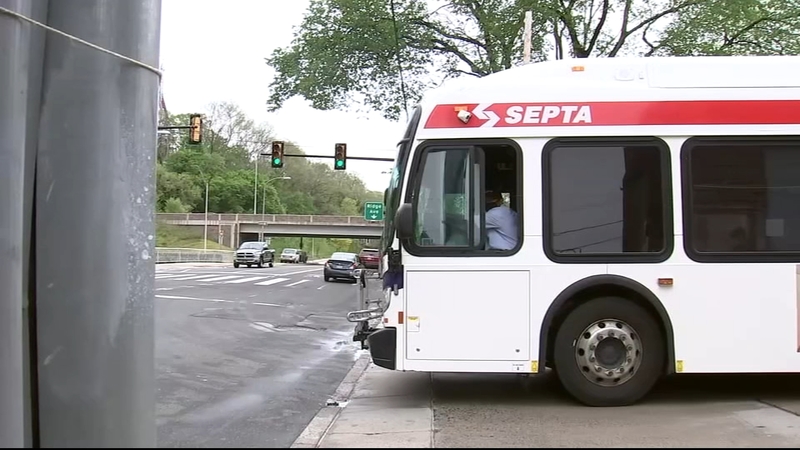 PHILADELPHIA (WPVI) -- SEPTA is looking to rebuild its entire bus network as part of its "Bus Revolution," a three-year project that officially launched Thursday. SEPTA said the purpose is to make the system more reliable and efficient for residents.

"Our current bus network of over 120 routes has not been touched or changed significantly for decades," said Jody Holton, assistant general manager of planning at SEPTA.

SEPTA said the project is part of its wider strategic plan, SEPTA Forward, and is focused on adapting to the needs of riders.

For example, Holton explained the current bus routes are long. Last year, SEPTA implemented free transfers on the network, meaning people don't need to stay on one bus route for their entire trip.

An Action News investigation into SEPTA's safety record has revealed an alarming trend about bus safety and its drivers.

"It is possible we move stops or consolidate or rebalance where our stops are on our routes," said Holton. "The walking distance could increase very slightly but you would have a much quicker trip for the entire route."

6abc spoke with multiple riders who said their one critique of SEPTA is for buses to be on time.

"Whatever the schedule says, try to be as close to it as you can get instead of having people stand out here waiting, you know?" said Gussie of Northeast Philadelphia.

During the first year of the project, SEPTA will speak with riders and key stakeholders about needs and concerns, as well as collect data. During year two, SEPTA will develop a range of options, receive input and compile a list of recommendations. During year three, SEPTA will implement them.

"Your card is loaded and sometimes it's saying that it's not when it is," said Martaviya Clark of North Philadelphia. "So that makes it hard for the rider because sometimes people are getting kicked off the bus with no transportation."

SEPTA entered into a $3 million contract with transportation planning firm consultant Nelson/Nygaard, to carry out technical work. SEPTA has $25 million set aside for improvements to the bus network.