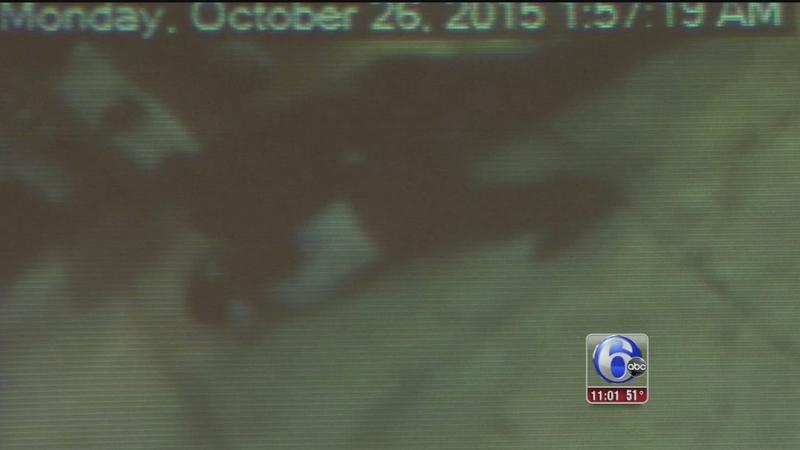 KENSINGTON (WPVI) -- Officials released surveillance video that shows the confrontation between a SEPTA police officer and a man who died shortly after the incident.

The man in his 20's has not yet been identified, with police calling him a John Doe.

It happened shortly before 2 a.m. Monday at Huntingdon Station on SEPTA's Market-Frankford line in the Kensington section of Philadelphia.

The video shows the officer walking the young man out of the station. They disappear from the camera's view, but police say in that time the John Doe got into a struggle with someone else.

The SEPTA officer intervened, and the suspect turned on him. Another camera shows the two struggling on the ground. The officer was forced to use his Taser on the suspect.

The officer radioed for help, but officials say he failed to give dispatchers his exact location.

"One of the things we say to new officers who are concerned about their safety is that if you are in a struggle with somebody, 'if you can hold onto them for two minutes, we're coming,'" Nestel said. "This is way more than two minutes, on a street where nobody knows where you are and trying to protect yourself, is a scary scenario."

Backup eventually arrived and the suspect was rushed to the hospital.

The man was unresponsive on arrival and was later pronounced dead. The cause the man's death is pending.

The officer involved was bitten during the fight. He is described as a five year veteran with no complaints against him for excessive force.

The Philadelphia Police Department Homicide Unit is investigating this case.

SEPTA says its officers have used Tasers 55 times this year. The agency adds that it is conducting its own investigation.