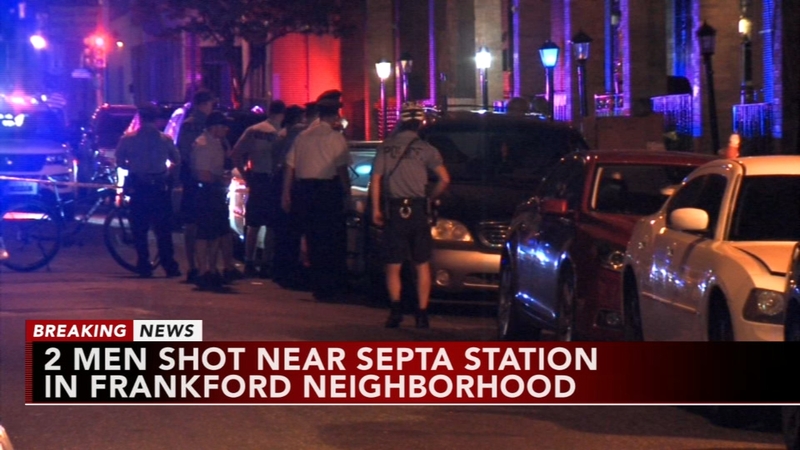 2 shot near SEPTA station in Frankford

It happened around 11:15 p.m. Tuesday on the 4700 block of Griscom Street near the Frankford Transportation Center.

Police the two victims were hanging out near a parked car when two male shooters approached them and opened fire.

A 21-year-old man was shot in the back. Transit police took him to Temple University Hospital.

A 19-year-old male was shot in the leg. Police say he made his own way to Aria Frankford Hospital.

Both victims are in stable condition.

Police are searching for the suspects who fled on foot. SEPTA police are hoping a bus facing the crime scene recorded the shootings.
There is no word on a motive.