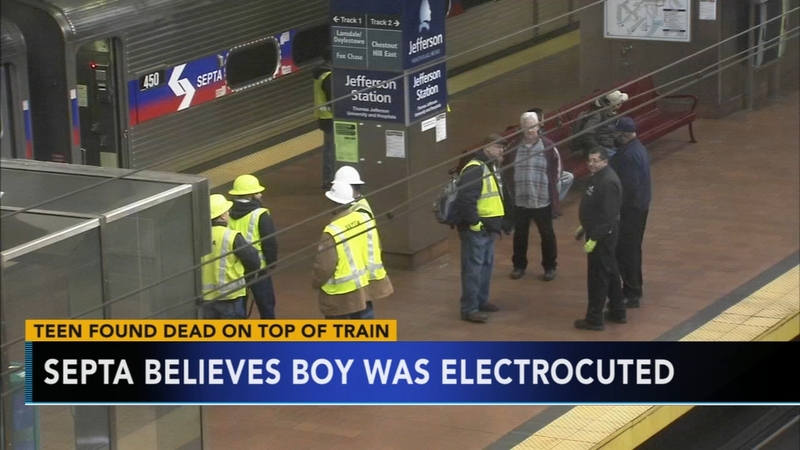 CENTER CITY (WPVI) -- The teen who was found dead on top of a SEPTA train on the Chestnut Hill East Regional Rail line was likely electrocuted, SEPTA says.

Fifteen-year-old Raekwon Jones of the 5100 block of Funston Street, was spotted around 7:50 a.m. Friday as the eastbound train pulled into Jefferson Station, located beneath East Market Street between 10th and 12th streets.

SEPTA Police officers arrived and found the charred body on top of one of the rail cars near the train's power lines.

Police said the teen suffered severe burns all over his body. His clothing and belongings were also severely burned.

The train's power was shut down, and rescue crews arrived. They pronounced Jones dead and removed his body.

"I don't know that we'll ever know why he was on top of that train, and I'm not saying this was train surfing, as a matter of fact. I don't think it was because the trains were out of service at that hour. He wouldn't have been surfing anywhere," said Chief Thomas Nestel of SEPTA police.

SEPTA sources told Action News that Jones was killed instantly. The high voltage wires above the trains emit 11,000 volts of electricity that can kill someone without even being touched.