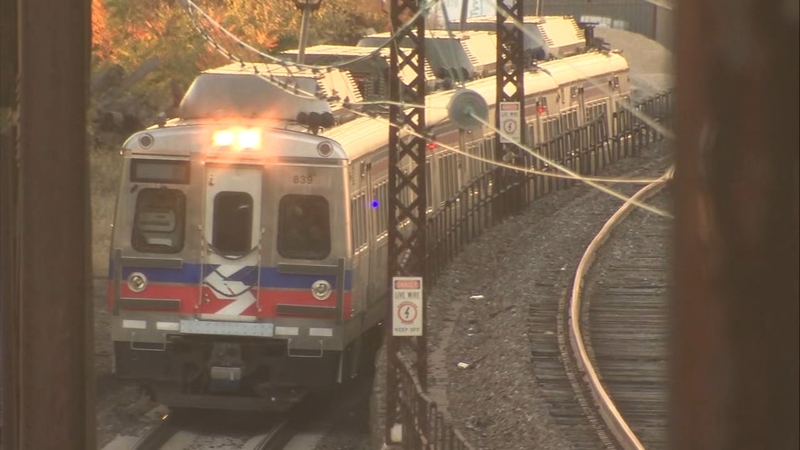 SEPTA passengers stranded for hours due to overhead wire issue

PHILADELPHIA (WPVI) -- Dozens of SEPTA passengers were stranded for hours due to an overhead wire issue at 30th Street Station.

It happened on Saturday around 3:30 p.m.

SEPTA officials say a train running on their Paoli Line had some overhead wire issues as it entered the 30th Street Station. This caused SEPTA trains behind it to become stranded.

SEPTA passengers exiting the train tell Action News their train broke down for three hours near Global Leadership Academy. Many passengers said they were stuck without power or explanations.

"It was very very hot. A lot of people had to go to the bathroom, there were no restrooms. It was just a nightmare" said Robinson Creighton.

"It was a long ride, it was way longer than anyone expected," added Kayla Kistler.

Around 6 p.m., SEPTA buses were dispatched to the area near Girard Avenue, known as the Zoo Interlock, where a train with roughly 160 passengers was left stranded.

Action News obtained videos of fatigued passengers on board the train and their eventual exit with assistance from transit police.

SEPTA officials say a train running on their Paoli Line had some overhead wire issues as it entered the 30th Street station causing other trains to stop. pic.twitter.com/QRhOotls7Q

Additional buses were sent to a stranded train at the Overbrook SEPTA station, the Ardmore Avenue Station, and the Wynnewood Road Station.

Some passengers opted for rides from ride-sharing services.

The line will be closed for the night. Amtrak trains bound west for Harrisburg were canceled as a result.

A change that caught some travelers by surprise at 30th Street Station.

"Make the best of it, I keep telling him, we'll find a way, we'll be fine," said Kevin and Renee Graybill who found out after arriving from New York.

Some travelers, like Robinson Creighton, sought reimbursement but said it didn't happen.