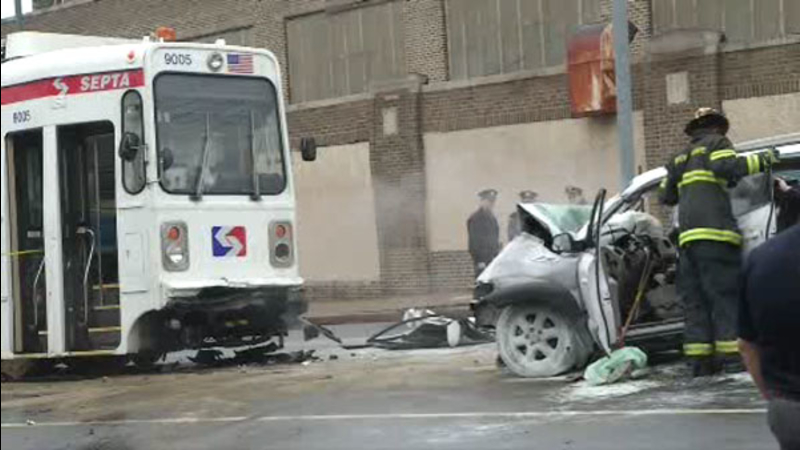 SOUTHWEST PHILADELPHIA (WPVI) -- Police say two teenagers in a stolen vehicle crashed into a SEPTA trolley in Southwest Philadelphia critically injuring themselves and sending 26 others to the hospital.

The accident happened shortly before 9:30 a.m. Wednesday at 49th Street and Grays Avenue.

The Action Cam on the scene of a collision involving a stolen car and a SEPTA trolley.

Police say the teenage males in the stolen Hyundai Tucson attempted to make a right turn onto Grays Avenue and collided head-on with the Route 36 trolley.

Authorities say one of the teens was trapped in the vehicle and had to be extracted. 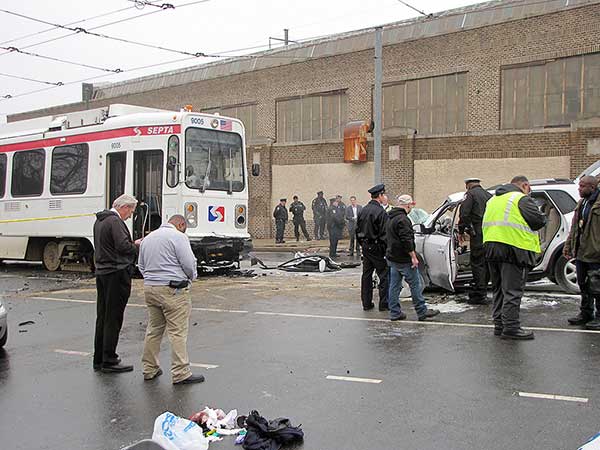 Both were taken to Penn Presbyterian Medical Center. The driver is listed in critical condition. His 16-year-old passenger is in grave condition and may not survive.

SEPTA says 26 people from the trolley were taken to the hospital with nonlife-threatening injuries. 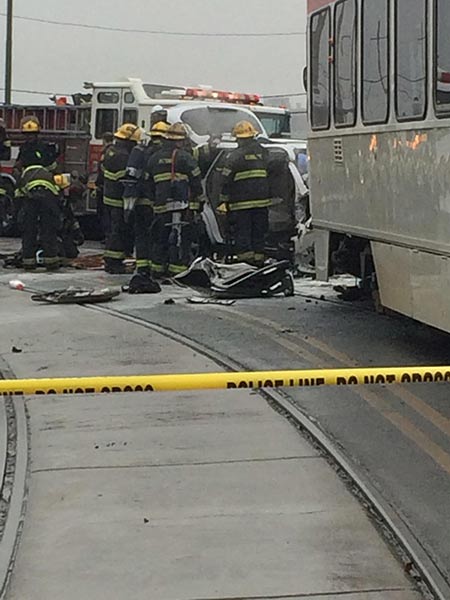 Action News spoke with two daily passengers of the 36 trolley; they did not want to be identified.

"It was a very, very loud boom and very loud crash. All of us were so hurt. I hit my face, I fell forward. I'm really sore," one woman said. "I just pray that the other people in the other car are living. It scared everybody."

"There was a big jerk and I hit the seat before me, then I hit my face on the window. They hurried up and rushed us off the trolley," another woman said.

The operator of the trolley was taken to the hospital for treatment and then released.

SEPTA officials would not let him comment on the accident.