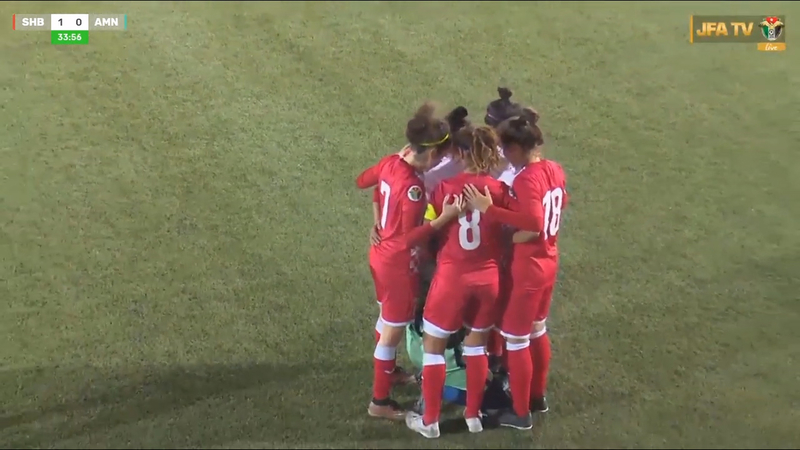 AMMAN, Jordan -- A Jordanian soccer team is being praised for their sportsmanship after they formed a human shield to give privacy to a member of the opposing team after her hijab started to fall off.

The encounter happened during a 2018 Jordan Football Association Final Women's League game in Amman, and footage of the incident was widely shared on social media on October 2019.

The player, #16, kneels down to fix her headpiece during the game after another player's arm appears to inadvertently brush against her head. Five members of Shabab al-Ordon Club, the opposing team, then walk up, forming a circle around her and giving her the privacy to adjust her hijab before the game resumes.