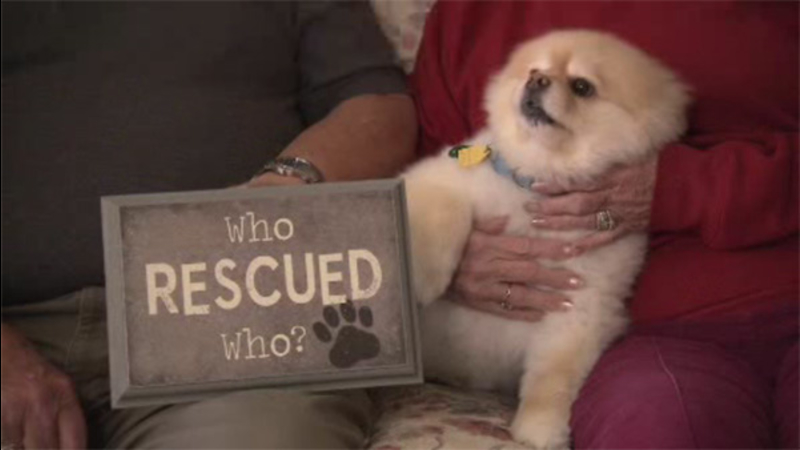 The Currans have been married for 60 years and David says, "We had a dog for much of the 40 years of that."

Jesse is the couple's fourth dog, their first in thirteen years.

They adopted her on Valentine's Day.

Alice says, "We weren't looking for a dog, I just saw him and fell in love."

The feeling is mutual, according to sign in the Currans home, "We're not sure, who rescued who?"

David says, "He kind of adopted us, I think if you stop petting him, he gets excited."

Owner, Diane Dietch says, "Oh it is the best thing ever, knowing that you help get the people and the dogs together."

Diane's wall of fame proves the forever bond happens for everyone involved.

"The animal becomes a part of their family and they are a part of our family," said Diane.

If you are looking for forever connection, visit Diane's Discount Pet Supplies and Adoption Center website.