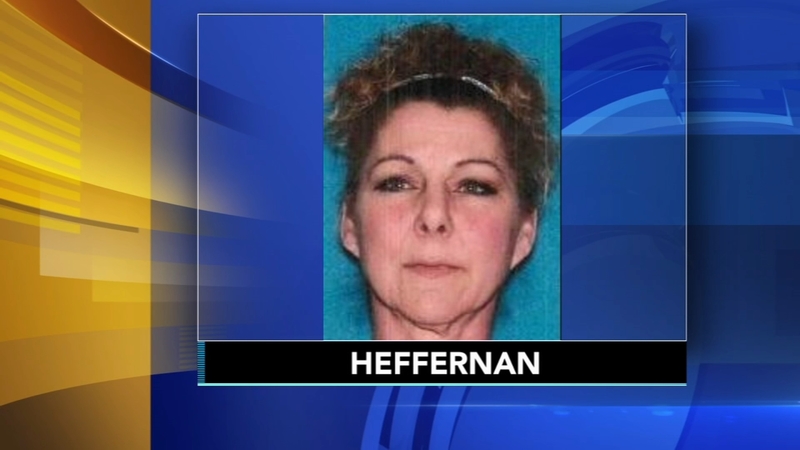 SURF CITY, New Jersey -- A Pennsylvania woman was charged Tuesday with killing her 87-year-old father and his girlfriend at his home at the New Jersey shore.

The bodies of 87-year-old John Enders and 75-year-old Francoise Pitoy were discovered Sunday afternoon at a home in Surf City. Police said both had suffered stab wounds and Enders also was determined to have suffered blunt force trauma. An autopsy on Pitoy was scheduled for Tuesday.

Enders owned the home and was in a dating relationship with Pitoy, who lived in Manchester, according to Surf City police and the Ocean County prosecutor's office.

It wasn't immediately known if Heffernan had retained an attorney who could comment on the charges.