WEST CHESTER, Pennsylvania (WPVI) -- A Pennsylvania woman charged last week in the slayings of her 87-year-old father and his girlfriend at his New Jersey Shore home says she is being "framed."

Sherry Lee Heffernan, 55, was arrested Oct. 4 in Landenberg, in southeastern Pennsylvania just north of the Maryland state line. Prosecutors in Ocean County, New Jersey, said she faces two murder counts and two weapons counts and is to be extradited.

The bodies of 87-year-old John Enders and 75-year-old Francoise Pitoy of Manchester were discovered Oct. 3 at his home in Surf City. Police said both had suffered stab wounds and Enders also was determined to have suffered blunt force trauma.

News of the double homicide rocked the small vacation town earlier this month. John Gofus lives in Surf City on Long Beach Island, a few doors down from the home of Enders and Pitoy.

"They were great together. She could care less what he had or what he didn't have," said Gofus. "They were meant for each other"

Gofus says they'd been together for 19 years and were better known as "Jack" and "Frenchie."

"We would sit out back, watch the setting sun, have drinks on the deck," recalled Gofus. 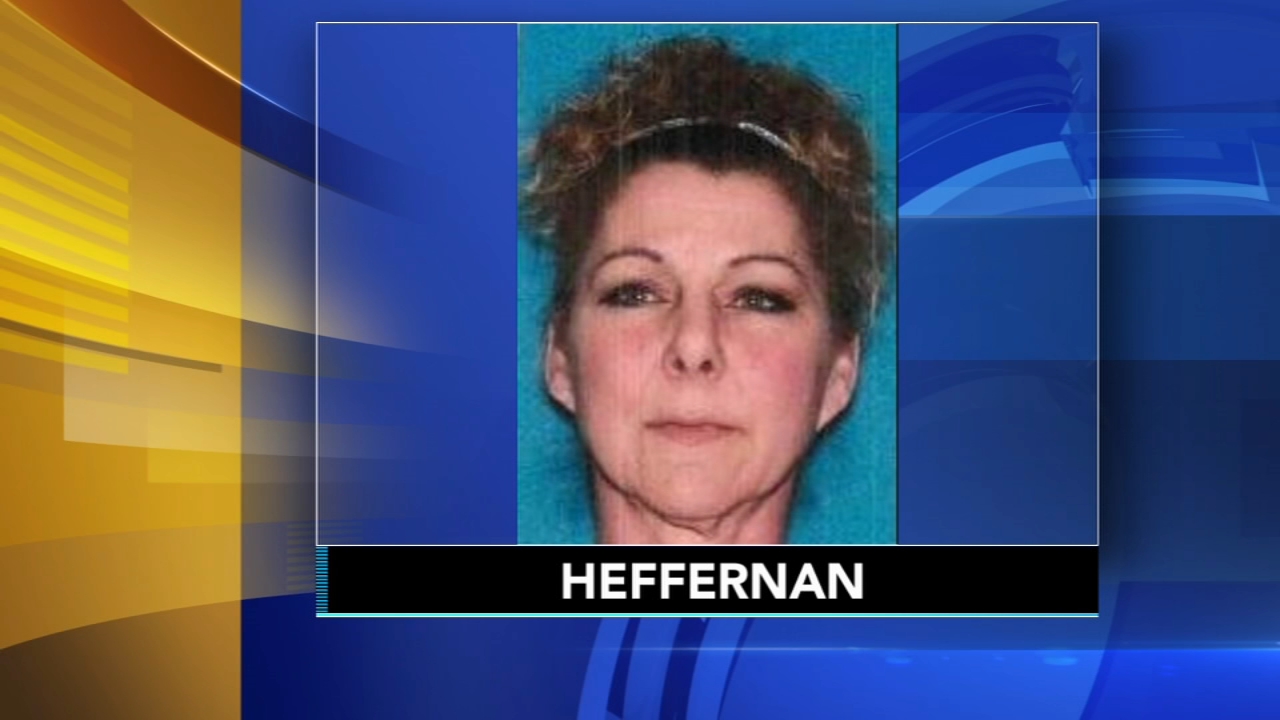 Heffernan appeared before a Chester County judge Friday and agreed to waive her rights regarding extradition, the Daily Local News of West Chester reported. She said she would have surrendered herself in New Jersey "if I had known I was wanted for something."

As she was led from the courtroom in handcuffs and shackles after the brief hearing, a reporter asked if she wanted to say anything about the charges against her. "Not guilty," she said. "I'm being framed."
New Jersey authorities allege that Heffernan was upset with her father because she had been cut out of his will. They allege that she traveled to the home on Long Beach Island in her Winnebago recreational vehicle the night of Sept. 29. The bodies were found after Pitoy's daughter said she had not heard from her mother and was worried.

Pitoy was a member of the Surf City Fire Company Women's Auxiliary. In a memorial post on social media, the organization released this statement:

"It is with a heavy heart that we acknowledge the sudden passing of Surf City Women's Auxiliary member "Frenchie" Pitoy. Frenchie was an active and much loved member of our organization. Our hearts are broken as we remember the light, love and laughter that Frenchie brought to us. Continue to keep us and her family in your thoughts and prayers as we navigate this very difficult time."

Before being returned to New Jersey, Heffernan must face retail theft and receiving stolen property charges in neighboring Montgomery County since failing to appear for hearings following an October 2019 arrest by Upper Providence police, the newspaper reported.