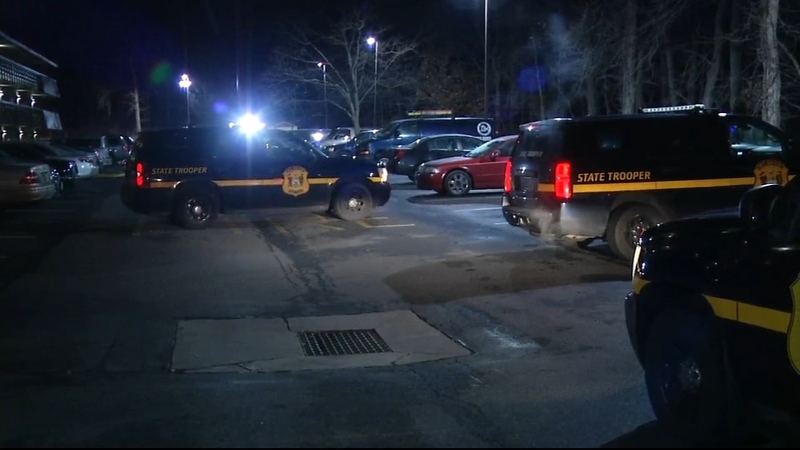 CHRISTIANA, Delaware (WPVI) -- Delaware State Police said a shooting victim who was found at a convenience store had been shot moments earlier at a nearby motel.

The shooting happened around 12:16 a.m. Friday at the Red Roof Inn on the 400 block of Stanton-Christiana Road in Christiana.

Police said a 29-year-old New Castle man had a verbal confrontation with four male suspects in the motel's parking lot as he was walking to his car.

When the victim drove away, police said all four suspects began shooting at his vehicle striking it multiple times.

The 29-year-old victim was struck once in the chest.

Police said he drove to a neighboring Royal Farms store where a clerk rendered first aid until troopers arrived.

The victim was taken to an area hospital and treated for a gunshot wound.

Police did not have descriptions of the suspects.