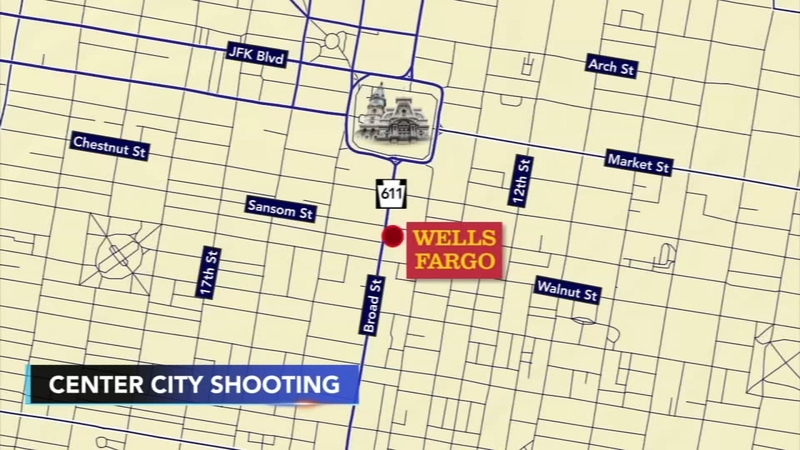 It happened around 2:50 a.m. on the unit block of Broad Street.

Police said the 23-year-old victim was shot in the arm in front of the Wells Fargo building.

He was taken to Jefferson Hospital by police where he is in stable condition.

A witness told 6abc he saw three men and then came the shooting.

"When I came up off the elevator, I looked over, I heard three gunshots. One runs one direction. One hit. One of them walked up the street like he does it every day," described Robert Rich.

Police said witnesses provided a good description of the gunman.
"It's a male in his 20s, 5'11", with short hair, white T-shirt, jean shorts, white sneakers. He was last seen on foot, south on Broad Street and then he made a left and went east on Walnut Street," said Philadelphia Police Chief Inspector Scott Small.

Police plan to review surveillance footage from nearby cameras for more details.

By Thursday morning, the block was bustling as usual.

"Saw it on the news this morning. It did surprise me because I was like 'What?!' because I come by here every morning on my way to work," explained John Hays of Point Breeze.

Another passerby said simply, "No, I'm not surprised."

The shooting happened a block away from the Wawa at Broad and Walnut that used to be open 24 hours a day.

Recently the Wawa announced it would close at 11 p.m.