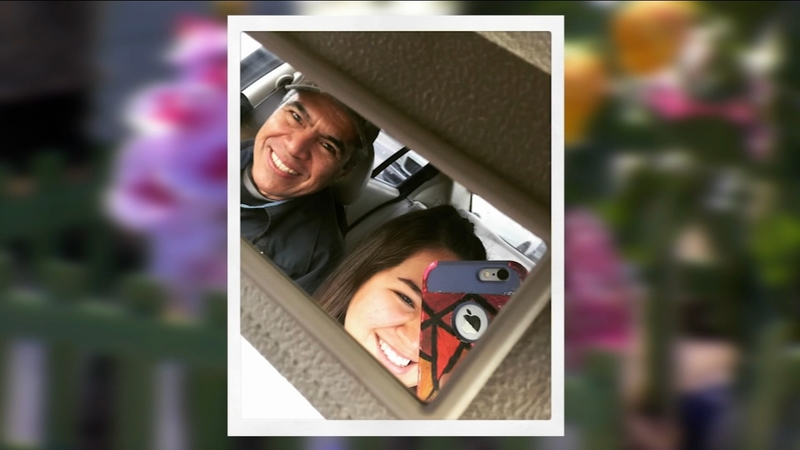 FRESNO, Calif. (WPVI) -- An Easter that included a fun day of family memories at a park ended in an execution-style murder in Calwa, California.

Freshly cleaned ball caps mark the spot where 52-year-old Alejo Armenta Lara was gunned down Sunday. One of the witnesses, just four-years-old, rushed into the house and blurted out the terrible news.

"My nephew witnessed it right here," said Sahida Lara, the victim's daughter. "He was on his bike when everything happened. He ran inside and told them that grandpa pow, pow pow."

The victim, a well-known and respected man, was minding his own business when detectives say at least two suspects pulled up in a green SUV then got out and fired several times.

Officers say Lara did not provoke the violence. Now, investigators are trying to piece together why he was a clear target.

"He was like the neighborhood mechanic that everybody would go to," said Sgt. Dave Madrigal. "He was always willing to lend a helping hand, help people out."

Investigators are searching for clues at the convenience store where a confrontation that took place earlier in the day. It never involved the victim. Detectives say the victim's family members were confronted and followed while words were exchanged. The homicide happened a short time later.

While officers piece together the crime, tearful family members have created a memorial. Already Lara's absence has left a gaping hole in the hearts of his wife and children.

"Then they came in in the night, boom, it happened so fast that I can't believe it," Sandra Vasquez was Lara's wife. The two shared nine kids, including stepchildren.

Monday, she and her children remembered the man they said he had a generous heart.

"He always helped like everyone. He'd take us to school, he'd take us to work, anything possible to help each one of us out," Lara said.

The sudden loss has been compounded even more by the memories being shared by the young children who were not only startled by the gunfire but saw the horrific results of it.

"No child or anybody should have gone through that. And witnessing your own grandfather being shot to death, that's traumatic," the victim's daughter said.

Family members say the victim was shot several times in the upper body.