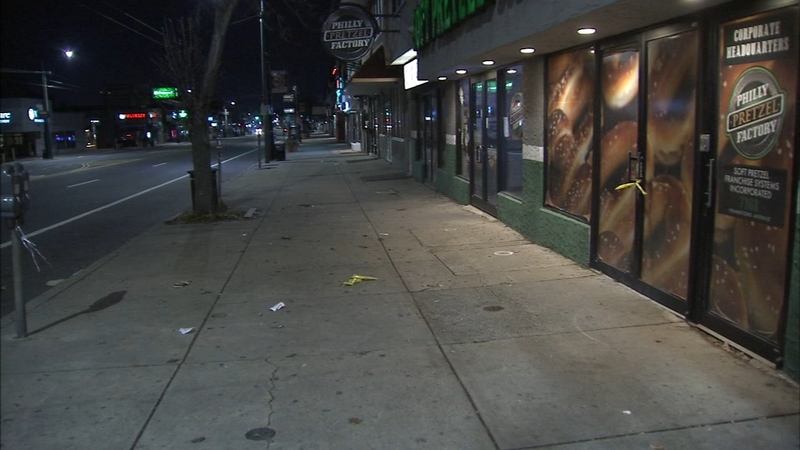 PHILADELPHIA (WPVI) -- A man is in critical condition after being shot in front of Philly Soft Pretzel Factory store and running into the popular Mayfair Diner across the street Wednesday night.

It happened around 7:45 p.m. on the 7300 block of Frankford Avenue at Bleigh Avenue.

Police said a 21-year-old man was shot in the right shoulder and hip.

Witnesses said the victim ran for his life and made it to the lobby of the diner after being shot, where several people inside came to his aid and flagged down police.

The man was rushed to Jefferson Torresdale Hospital where he is in critical condition.

Police recovered four shell casings at the scene and are reviewing surveillance video.