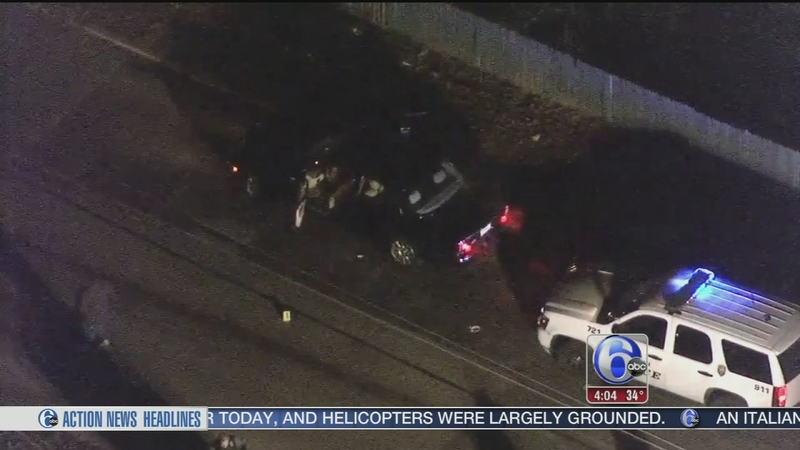 BRIDGETON, N.J. (WPVI) -- Police have identified the man who was shot and killed by police during a vehicle stop in Bridgeton, Cumberland County Tuesday night.

It happened at 9:20 p.m. at the intersection of Henry Street and South Avenue.

The Cumberland County Prosecutor's Office says Bridgeton Police Officers Braheme Days and Roger Worley stopped a vehicle containing two occupants, and that during the course of the stop a handgun was revealed and later recovered.

However, it remains unclear what led to the deadly use of force.

Some witnesses recorded the scene on their phones. The recordings show it was a chaotic scene right after the shooting. Bystanders could be heard angrily shouting at the police.

There are reports that the police spotted a gun in the car and ordered the occupants out.

Ben Mosely watched it all unfold from his bedroom window. He says the passenger had gotten out of the car and the police were yelling for him to get on the ground.

But Reid allegedly turned and tried to get back in the vehicle.

Mosley says, "They shot him. They shot the boy... He was trying to get back in the car."

Mosley says he is a retired deputy county sheriff. He says he has police training and is unwavering about what he saw.

"I saw a disarmed man go down to the ground and get shot. That's exactly what I saw," he said.

Authorities say there was a gun in the car, and if so, the police may have thought the man was reaching for it.

Reid's friends say he was shot for no apparent reason.

Bridgeton resident Ricky Young tells us, "They shot that man for nothing. This cop's been doing this to everybody around here. He running around like he Robocop."

Officer Days is a rookie, and records show Worley has faced disciplinary action in the past for insubordination. Both have been placed on administrative leave.