Teen shot while on the way to school in Wilmington 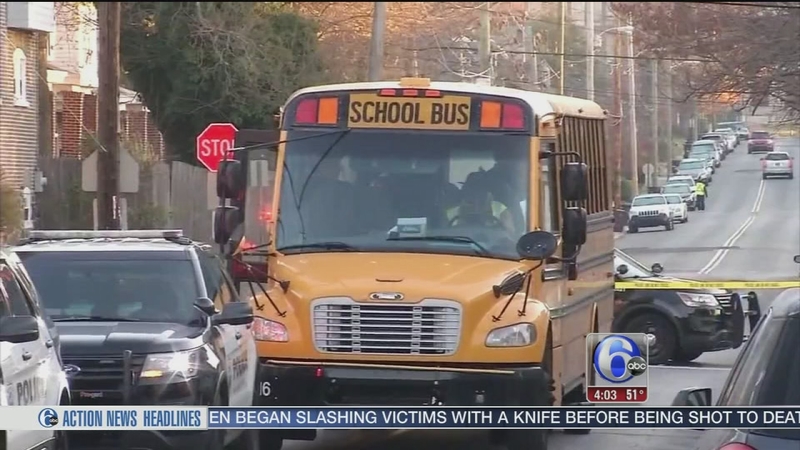 VIDEO: Teen shot while on the way to school in Wilmington

WILMINGTON, Del. (WPVI) -- The search is on to find the gunman who shot a student while he was on his way to school in Wilmington on Monday morning.

The shots rang out in a Wilmington neighborhood at 6:45 am.

Police say a 15-year-old boy was hit near West 27th and North Van Buren streets. He flagged down a passing school bus for help.

The teen was hit in the arm and torso and is in critical condition.

The Dickinson High School 9th grader was treated on scene by paramedics and transported to A.I. duPont Children's Hospital in stable condition.

"When we looked out the window we saw kids running this way, kids running across," said resident Ira Findley. "Some of the bus drivers were telling kids to get on the bus for their protection."

Video from the Action Cam at the scene showed a bullet hole in a nearby parked car.

High school student in Wilmington shot near school bus stop this AM. Bullet hole in nearby car. pic.twitter.com/fou8ooWOCP

The Dickinson High School 9th grader was treated on scene by paramedics and transported to A.I. duPont Children's Hospital in stable condition.

"Immediately this morning extra staff went out to the school to make sure that everyone was okay," said Pati Nash, spokesperson for the Red Clay Consolidated School District.

Nash told Action News school officials have been working on an effort expand the district's corner-to-corner program, in which adults walk students to school to make mornings safer.

This expansion would include the bus stops on along the corridor where Monday morning's shooting happened.

Members of the anti-violence group Wilmington Peacekeepers were on the scene after shooting.

Organizers told Action News they already had plans Monday night to talk about going into local schools to spread their message of peace.

"If we catch them at an early age and let them know what this is all about and what's going on in the city," said Wilmington Peacekeeper Butchie Allen, "and how it affects each and every one of them - their lives and other people's lives - then maybe some changes will come."