Suspect killed in confrontation with U.S. Marshals in Northeast Philadelphia 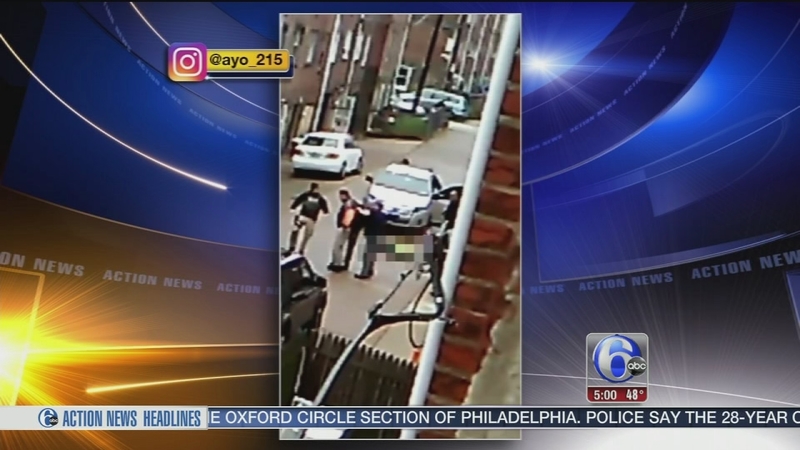 Suspect killed in confrontation with U.S. Marshals in NE Philly

NORTHEAST PHILADELPHIA (WPVI) -- A suspect is dead after a confrontation with U.S. Marshals who were serving a warrant in Northeast Philadelphia.

Neighbor Frankie Nieves was startled inside his home by the gunfire.

"We heard gunshots, we thought someone was knocking on our door. When I heard that, I went upstairs to check out back and we saw the guy laying down, shot," Nieves said.

Police say the Violent Crimes Fugitive Task Force was watching the basement apartment looking to arrest Kenneth Robledo when he walked outside with a woman.

"Told the male has a handgun in hand, points it at the officers, in the direction of them, refusing their demands to put it down. At that point, one of the US Marshals discharged his weapon striking the male a couple of times," Lt. John Stanford of the Philadelphia Police Department said.

Investigators say Robledo's gun, which was recovered at the scene, had an obliterated serial number.

He was wanted for the July shooting of a man on the 400 block of West Huntingdon.

"There is an individual sitting on the steps of that location. This male apparently with two other individuals pulls up in a vehicle, he exits the vehicle and begins firing at the individual," Stanford said.