Netherlands shooting: 3 dead in Utretch; 3 in custody including one being held on suspicion of 'manslaughter with terrorist intent' 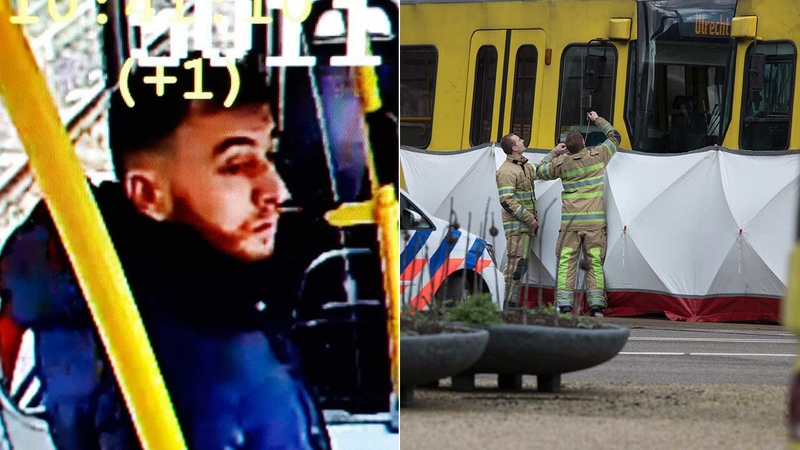 UTRECHT, Netherlands -- Dutch police and prosecutors pressed on Tuesday with their investigation into the motive of a suspect who they believe shot and killed three people and injured five more in an attack on a tram in the central city of Utrecht.

The main suspect is Gokmen Tanis, a 37-year-old man of Turkish descent who was being held on suspicion of "manslaughter with terrorist intent," though authorities have not ruled out other possible motives.

Police spokesman Martin de Wit said that a total of three people were in custody following Monday's attack, the alleged shooter and two others, whose involvement was being investigated.

Tanis was arrested Monday evening after an hours-long manhunt that nearly paralyzed the Netherlands' fourth-largest city and sent shockwaves through this nation just days after 50 people were killed when an immigrant-hating white supremacist opened fire at two mosques in Christchurch, New Zealand, during Friday prayers. There was no indication of any link between the two events.

Public prosecution office spokesman Ties Kortmann declined to give further details of the investigation and said it was not yet clear if Tanis would be brought before an investigating judge on Tuesday.

Such hearings are generally held to request suspects are detained for longer pending further investigations.

From early Tuesday, members of the public began placing bunches of flowers near the busy traffic intersection where the gunfire erupted Monday on a tram.

One bunch carried a message in Dutch saying: "We are sad and deeply shaken. Utrecht has been hit hard; straight through the heart. Strength!! Peace and Love."

Authorities say they have not ruled out other possible motives and Dutch and Turkish media citing his neighbors in Utrecht have speculated that the shooting may have been linked to a relationship. It was not clear if any of the victims were known to the suspect.

Dutch media published details of two of the victims killed Monday - a 19-year-old woman who worked in a cafe in the nearby town of Vianen, and a father-of-three who volunteered as a soccer coach in Vleuten, a town west of Utrecht.

A phone call from The Associated Press to the cafe Tuesday morning went unanswered.