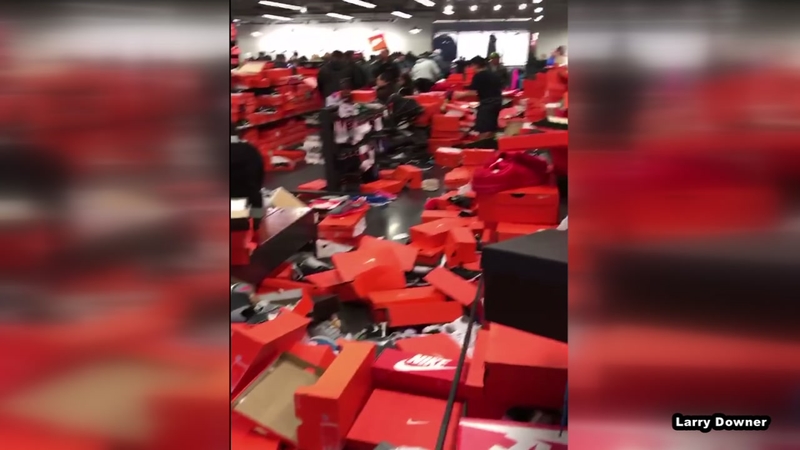 TULALIP, Wash. -- In between the usual Black Friday fights, the sales and long lines, you'll find a chaotic mess left for somebody to clean up.

"It looked like an earthquake just rocked the place," Larry Downer told our sister station KTRK.

That perhaps is the perfect summation to what went down inside a Nike Factory Store at the Seattle Premium Outlets.

In a viral social media post, Downer captured some of the moments from inside the store.

A sea of orange boxes and people stumbling through them metaphorically represent the start of a chaotic, yet welcomed, holiday shopping season.

"We walked in and it was nuts," Downer said.

He says he went to the store around 8:30 p.m. on Black Friday in Tulalip, Washington, to purchase a pair of basketball shoes for his son.

"I don't shop on Black Friday," Downer said. "I never have."

He says when he walked inside, the floors were covered with boxes and shoes scattered everywhere.

In fact, the pair of LeBron James shoes he purchased was a game of "cat and mouse." One shoe was inside the box and the other was nowhere to be found. After a short perusal through multiple aisles, Downer says they were able to locate the other shoe - you guessed it - in another aisle.

Hopefully the next time you're down an aisle, this story reminds you to treat the store as if it's your own.

Someone will thank you for it.
Related topics:
shoppingnikeshoesu.s. & worldblack friday
More Videos
From CNN Newsource affiliates
TOP STORIES