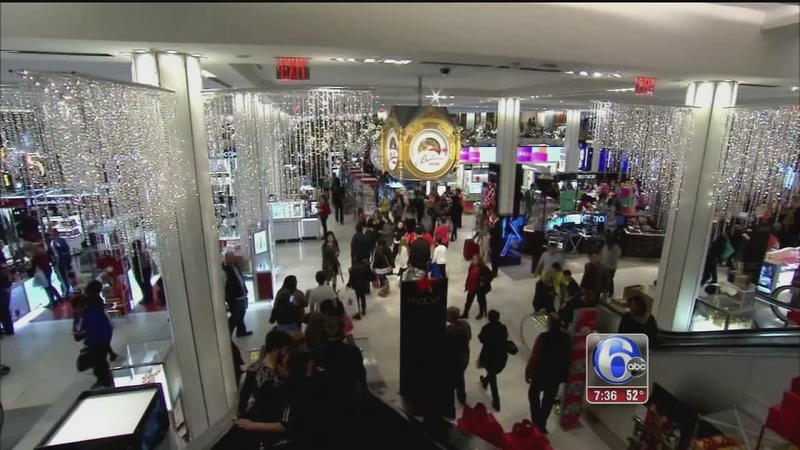 For Kayla Drayton and her sisters, today served as their holiday.

"Shopping, trying to get the deals, get the last-minute sales," said Drayton of Mount Airy.

"My daughters didn't really want anything until after Christmas. They really just wanted to get their own things," said Shanda Scott of Mount Airy.

Pandora was packed, too, as people crammed into the store for the free charm giveaway or to make exchanges.

For some, the line was too much.

According to the National Retail Federation's holiday spending survey, two-thirds of consumers said they plan to shop the sales the week after Christmas, either in stores or online.

Chris Fuller of Darby Township tells Action News he was able to find some deals.

Not everyone got exactly what they wanted from Santa.

We found one customer completing his Christmas wish list, purchasing one of the year's hottest toys - the hoverboard.

When 12-year-old Pablo Arrendondo didn't find one under his tree, he used his powers of persuasion on his mom.

"She didn't want to buy me it at first, but then she thought about it and she bought it," said Arrendondo of West Philadelphia.

Two-year-old twins Charlotte and Emmaline enjoyed a tasty reward after a morning of shopping.

"Their aunt gave them a trip to Build-A-Bear for Christmas yesterday so we were here for that. And then we couldn't resist getting a little ice cream," said Cait Stoelker of Ridgewood, New Jersey.

Fran Strauss tells Action News she doesn't care so much about the deals, just about spending time with her granddaughters.

"It's really all about the food because we're going out for lunch and that's their favorite thing to do," said Strauss of Mount Laurel.