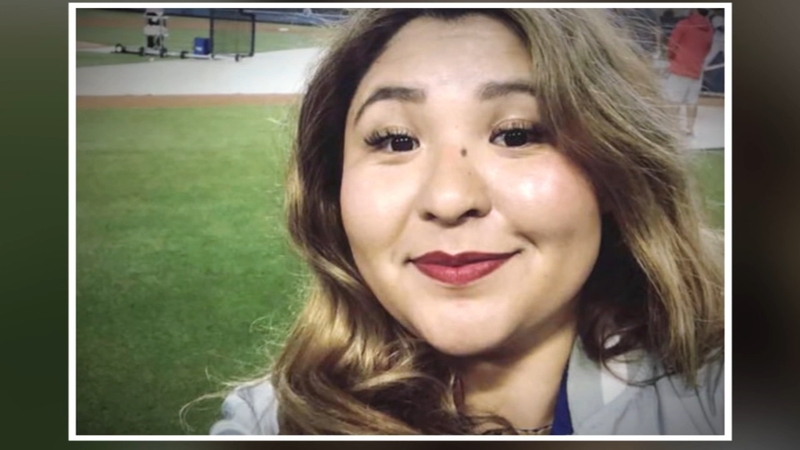 LOS ANGELES -- A supermarket worker was killed by a bullet fired by Los Angeles police - not the gunman they were trying to stop - the city's police chief acknowledged Tuesday, defending the decision to use deadly force as an attempt to stop what officers feared could become a mass shooting.

The suspect, Gene Evin Atkins, 28, already had shot his grandmother, kidnapped his girlfriend and shot at officers Saturday afternoon as they chased his car and then as he ran into the Trader Joe's in the city's congested Silver Lake neighborhood, according to police.

After exchanging gunfire with police, Atkins ran into the store and took about 40 people hostage, police said.

Police released several minutes of body camera and dash-cam video that showed Atkins leading officers on then high-speed chase - during which officers say he's shooting at them - before he crashed into a pole outside the market.

In deciding whether to open fire, officers had to consider whether the gunman was likely to harm the scores of shoppers and workers inside, police Chief Michel Moore said.

It's "every officer's worst nightmare to harm an innocent bystander," he said.

"Those officers' actions to stop him, the split-second decisions they had to make, I recognize how they will forever go through their lives debating whether that was what they had to do," Moore said. "I believe it's what they needed to do in order to defend ... the people in that store and to defend themselves."

As police chased the gunman after the car crash, one officer is heard on video saying she had pulled out her gun, but her partner tells her not to shoot.

However, two officers did fire back at Atkins just as the store's assistant manager, Melyda Corado, 27, was walking out the door. One of the rounds went through her arm and into her body and she died at the scene, Moore said. No other bystanders were shot. Atkins was wounded in the arm.

The videos show Atkins running from his car after the crash and shooting at officers as they duck for cover behind the doors of their police car and return fire. They then position themselves behind a cement wall on the far end of the store's parking lot as Atkins shoots three times from inside the store.

Several friends of Corado have questioned why officers chose to open fire outside the crowded supermarket.

Geoff Alpert, a criminal justice professor at the University of South Carolina, said the video appeared to show a "very controlled police response" with few bystanders in the background.

"The officers were firing at a serious threat to the community. And then we have this tragedy of her coming out of the door," said Alpert, who helped investigate a 2014 hostage standoff at a cafe in in Sydney, Australia.

"This is one of those tragic situations that is kind of a lose-lose situation for the police," he said.

Moore said Corado walked back inside the store after she was shot and collapsed behind the manager's counter, where she died.

"It is unimaginable, the pain of the Corado family. We share that pain," Moore said.

Christian Dunlop, a real estate agent and actor who lives nearby, was on a corner near the store when he saw an employee dragging Corado out of the store by her hands.

"She appeared lifeless," he said.

Some people inside the supermarket climbed out windows and others barricaded themselves in rooms as scores of police and firefighters and 18 ambulances converged on the scene and prepared for the possibility of mass casualties as the standoff played out on live television.

About three hours later, Atkins agreed to handcuff himself and walked out the front door of the store, surrounded by four hostages.

Atkins' cousin, Charlene Egland, said Atkins had been arguing with Madison - who had raised him since he was 7 - "on and off for about two or three weeks" over his girlfriend staying at the woman's home.

Atkins was charged Tuesday with murder, attempted murder, false imprisonment and dozens of other charges.

Even though he is not accused of firing the bullet that killed Corado, prosecutors said he was charged with murder under a legal rule that his actions prompted a series of events leading to her killing.

Atkins was scheduled to be arraigned later Tuesday. It was not immediately clear whether he had an attorney to comment on the allegations