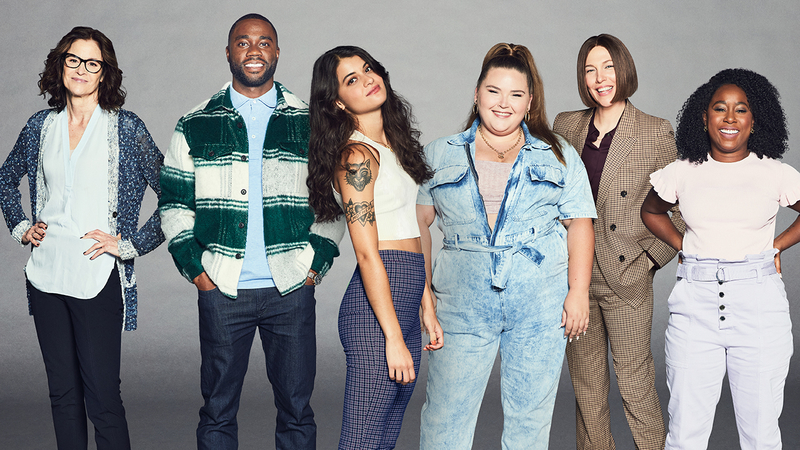 "Single Drunk Female" tells the story of Samantha Fink, a 20-something alcoholic realizing things are spiraling out of control. Star Sofia Black-D'Elia said everyone can relate to the premise.

"We are all touched by addiction in some way or another," the 30-year-old actress, who plays Sam in the Freeform series, told ABC Audio. "We all sort of know somebody or are that person, so it's sort of impossible to not relate to some part of this story."

For Black-D'Elia, the part of Sam's journey she said she related to most is "when you realize that you've spent most of your 20s thinking you know who you are, and you were wrong and you don't really know anything and you kind of have to start over."

The creator of "Single Drunk Female," Simone Finch, said she also relates to the titular character and even admitted, "I think she is me, but me when I was an alcoholic."

"Just kidding, I'm still an alcoholic," Finch joked. "But when I came into AA (Alcoholics Anonymous) at 28, is sort of Sam -- they're very similar, I would say."


While alcoholism doesn't necessarily sound like the premise for a comedy, executive producer Daisy Gardner would beg to differ.

"The darkest moments of my life are also the moments that I laugh the hardest," she explained. "Like, when stuff goes so awry and is so terrible, just something ridiculous will happen. And that's truly funny to me."

On the show, Sam moves back in with her mother, Carol, played by Ally Sheedy, after her stint in rehab. The "Breakfast Club" alum, 59, told "Good Morning America" it was "love at first sight" when she met her TV daughter.

Black-D'Elia said while she was "nervous" to meet Sheedy because she'd been a fan for so long, they "just clicked right away."

Sheedy even joked about how the two brought their mother-daughter relationship from the small screen into their everyday life, with Black-D'Elia joking that the "St. Elmo's Fire" alum is "a lot like" her real mom if she doesn't return her texts promptly.

"From both of them I get full-name, all-caps texts if I don't respond quickly enough," she said. "I love it. I feel so lucky. I got a second mom out of this."