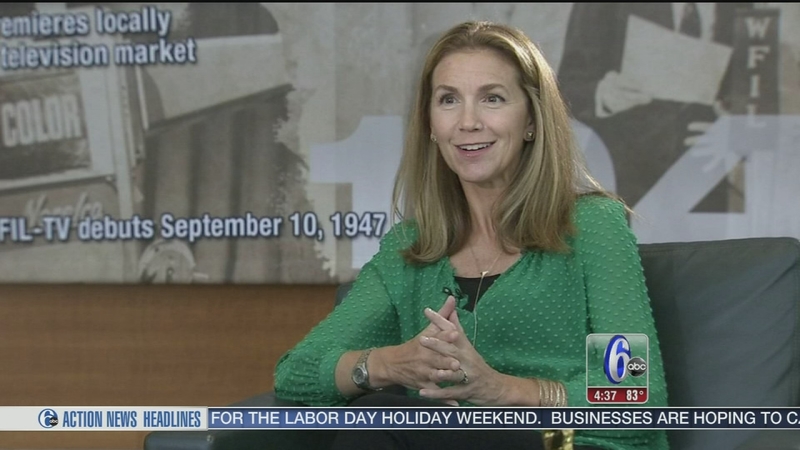 It's feeling a whole lot like Hollywood around here with a new romantic comedy in theaters, reminding us that indeed - all roads do lead to Philadelphia.

From the locations to the producers and the directors, the film about two so called dorks who go from mild to wild is a real homecoming.

Many of the locations in "Slow Learners" will look familiar - because they're local and the production team are homegrown.

Oscar winning filmmaker, Tammy Tiehl-Stedman, is one of the producers on this film.

She came to visit the 6abc studios and brought that man in gold along with her.

Don Argott and Sheena M. Joyce, two of the movie's directors, are also Philadelphians - along with the rest of the production team.

"My 3 co -producers, Jamie Lokoff and Tommy Joyner, own Milkboy the recording studio and Milkboy the bar downtown and are very successful entrepreneurs," said Tiehel-Stedman.

"We're here, we were so excited to make something here and the script felt suburban and so the directors - Sheena grew up in Delaware County and envisioned it in someplace like Media, so we ended up shooting the whole thing in Media, Swarthmore, Ridley and downtown Philadelphia," she said.

"They are so quick. It's so amazing to watch them and sometimes on set when they would get going, we would have to stifle our laughter because it was really, pretty good stuff," said Tiehel-Stedman.

And she says she really came full circle when they filmed scenes at her Alma Mater, Ridley High School.

"It was such a trip to go back there and to deal with administrators and teachers I had years ago and they were so supportive and great," she said.

The film even features a cameo from West Chester's own Charlie McDermott - from ABC's "The Middle".

It premieres Friday night at the Bryn Mawr Film Institute and you can see it there until Thursday, September 10th.