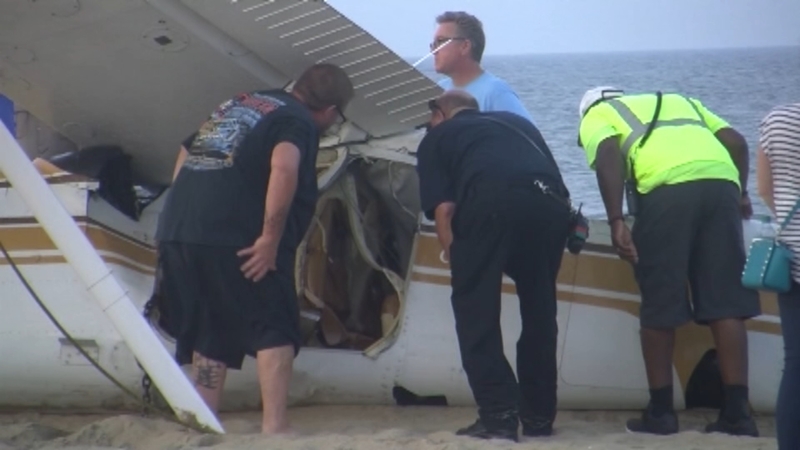 People enjoying the beach in Ocean City, Maryland were shocked as they watched a small plane make an emergency landing in the water yesterday.

Authorities say the pilot deliberately brought the aircraft down there, it skidded for several feet and finally stopped on the beach.

"Bang bang bang, and it's like, what's that noise? All of a sudden white clouds coming out like shot gun shells. And then everyone started running real quick. Then you saw the lifeguards and everyone running, and I'm like yeah this is serious," said witness Stevie Reeves.

The 23-year-old pilot was not seriously injured and was able to get out on his own.