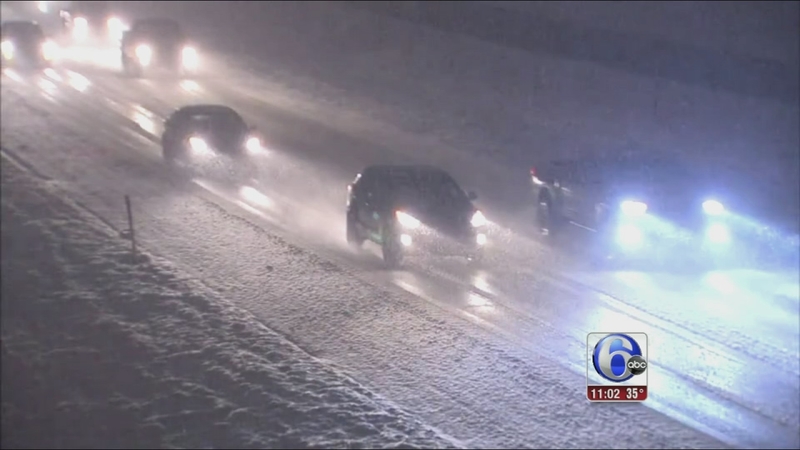 The snow accumulated in parts including Limerick Township, Montgomery County bringing traffic on the side roads and 422 to a slow.

The plows and salt trucks spent the night reloading supplies.

But drivers say the roads were not too bad.

"Some parts are a little slippery sticking in some places, but other than that the roads are not too bad," Brian Riggs of Northeast Philadelphia said.

In King of Prussia, the roads were wet, but mostly clear.

Some police departments reported some fender benders on secondary roads, but the snow was more a nuisance than a major problem.

But now Mother Nature has single digit temperatures on the horizon.

"I don't plan to come out of the house at all," Riggs joked.