Salt, shovels and sleds are hot items ahead of nor'easter set to hit Philadelphia region 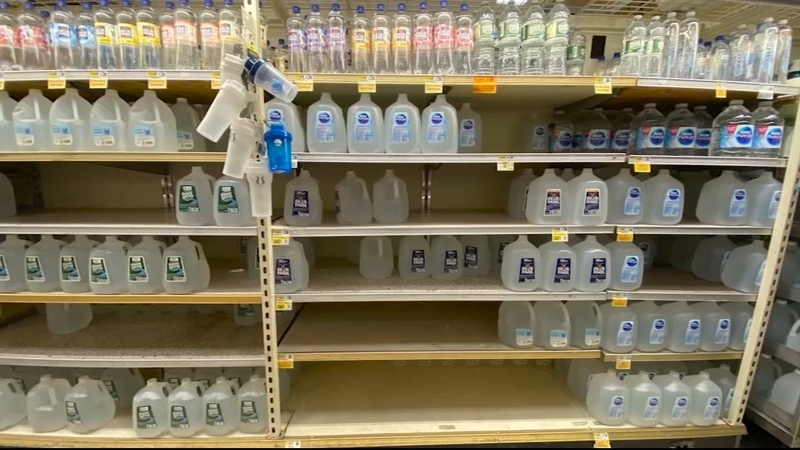 Salt, shovels and sleds are hot items ahead of nor'easter

ARDMORE, Pennsylvania (WPVI) -- Salt and shovels were among the most highly coveted items around shops in the Delaware Valley on Tuesday ahead of the nor'easter.

Some at Maples Hardware in Ardmore, Pennsylvania were buying to replenish their own stocks.

Dondero, however, was not alone in also stocking up savory supplies for the snow.

A shopper at the ACME in Ardmore endured some crowds to help a friend.

"The lady that I work with, she's blind and she's on a walker, too. So, we need to make sure there's no ice patches," said Margaret Carrigan.

Supplies in the store were far from scarce, but dents in inventory could be seen.

It was a similar story at the ShopRite in Roxborough. Images inside showed thinned out aisles of toilet paper and water jugs.

You've heard 6abc meteorologists say "right along the I-95 Corridor" when describing storms - Adam Joseph explains why that matters.

Hampton said she found her items with no real struggle. As for the snow, she said "No, this is Philadelphia. We're used to it."

The store plans to be open through the storm to help customers in need.

"Stay open through it all," said Joe Holod.

Back at Maples, Dondero said, "We get excited about snow, unlike other people."

Customers like Dondero were finding more reason to look forward to the snow than most.