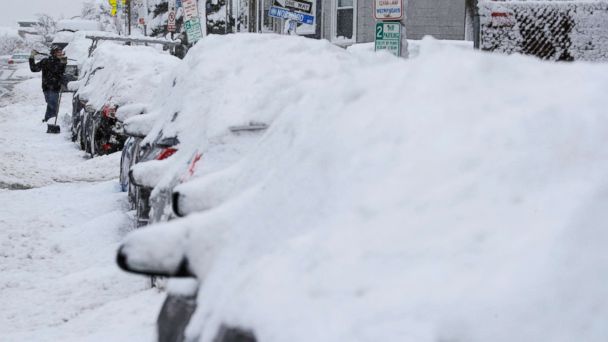 
In New Jersey, the heavy, wet snow left over 15,000 customers without power.

The snow should end in New England around 11 a.m. Monday.

Following this storm is a blast of Arctic air as temperatures in the upper Midwest will plunge well below zero.

Minneapolis on Sunday had a low of minus 13 and a high of zero, the city's coldest March day since 1962.

Wind chills Monday and Tuesday, especially in the Midwest, will be extremely low -- Chicago will experience a minus 21 this morning as New York City and Boston hover around zero on Tuesday.