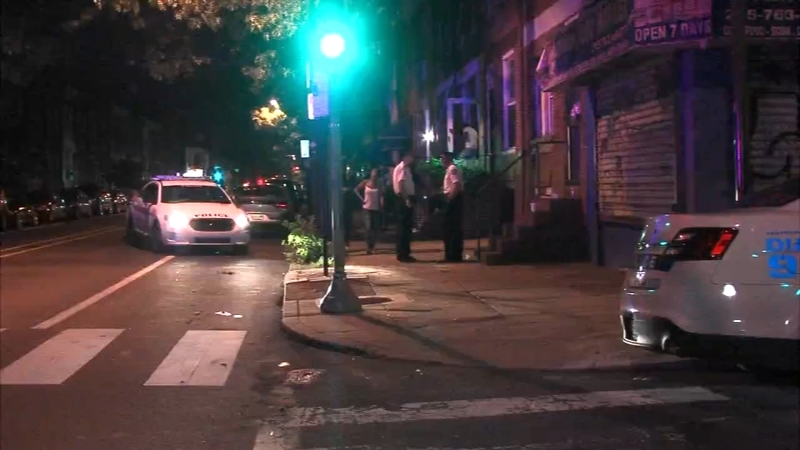 PHILADELPHIA (WPVI) -- Arlean Layton was in shock Tuesday morning as she sat on the curb at the corner of 29th and Jefferson Streets in Brewerytown.

Layton just lost her 23-year-old daughter in a violent crime.

"I never thought that somebody would come and stab her over a fight," she said.

It happened right across from Layton's home near the intersection of Jefferson and North 29th streets around 11:40 p.m. Monday.

"We're getting some information that this was a fight started over social media," said Philadelphia Police Chief Inspector Scott Small.

Police didn't have any specifics about the social media post, but witnesses said three women got into a fight over it.

"These kids follow on social media and I heard some things. But I don't know what's true," said Layton.

Garrison was stabbed several times, at least once in the chest. She was taken to Temple University Hospital but died a short time later.

"She was conscious and talking," said Small. "Police took (Tayshawn) to Temple Hospital where she was initially in critical condition. She was upgraded to a stable condition."

Lawton said, "My other daughter is in ICU. "We didn't even tell (her) yet. So my daughter can't see the news or nothing. because she was out here too. She almost died."

Investigators said a woman who recently moved to the area is the suspect in this case. A warrant has been issued for her arrest. Sources say there may be more arrests to come.