April the Giraffe update: Internet-famous giraffe gets to know her newborn male calf

WPVI
By Danny Clemens
HARPURSVILLE, NY -- Internet sensation April the Giraffe welcomed her fifth calf, a boy, into the world Saturday as the world watched.

Beloved Internet sensation April the Giraffe welcomed her fifth calf, a boy, into the world Saturday as the world watched.

Though many people could be seen outside the pen watching April as she gave birth, veterinarians left April's barn soon after the calf was born to allow her and the calf "to continue their bond and build strength." The calf will undergo a thorough medical examination on Sunday.

Animal Adventure Park has yet to reveal the baby giraffe's name. During April's last pregnancy in 2017, the park held a naming contest and didn't announce the newborn's name, Tajiri, until several days after he was born.

Compared to the frenzy that surrounded April's last pregnancy, which captivated the world for nearly two months, Saturday's events were relatively tame. Keepers had said for more than a week that April could go into labor at any minute, and the calf was born shortly after keepers announced on Facebook that April was giving birth.

At its peak, the live stream inside April's pen in upstate New York had more than 300,000 viewers around midday Saturday.

April, now 17 years old, famously broke the internet during her 2017 pregnancy when the live camera inside her habitat exploded on YouTube. For seven weeks, more than 230 million viewers from around the world watched pregnant April inch closer and closer to birthing her fourth calf, Tajiri.

After more than a month of buzz and buildup, Tajiri was born on April 15, 2017. Animal Adventure Park announced last July that April was once again expecting.

This time around, veterinarians originally pegged April's due date in late March, but keepers' observations led them to believe that the calf could arrive sooner.
Report a correction or typo
Related topics:
societyupstate new yorkwhat's trendingbuzzworthyanimalanimalsu.s. & world
Copyright © 2020 WPVI-TV. All Rights Reserved.
RELATED 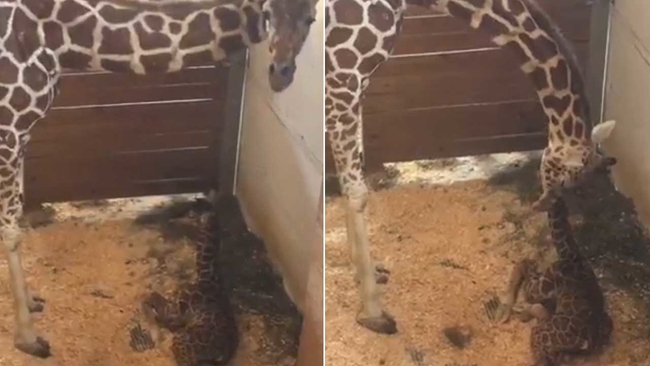 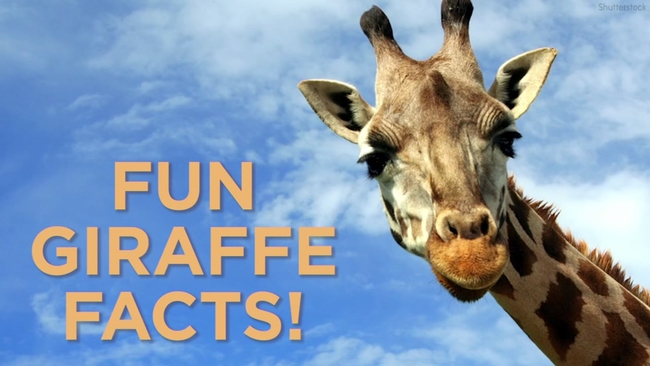 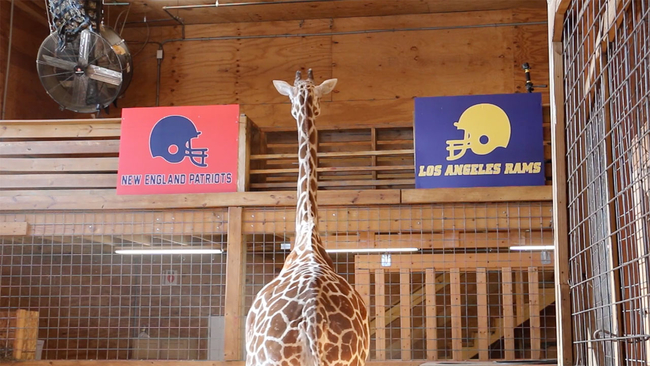