Bee hives at the center of neighborhood controversy in Hatfield 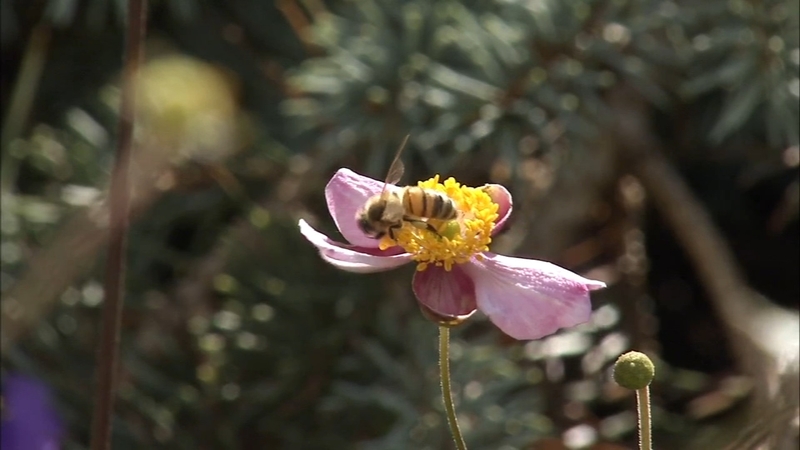 Bee hives at the center of neighborhood controversy

A veteran beekeeper is at the center of a stinging controversy in Hatfield Borough, Montgomery County.

Hatfield Borough Council will vote Wednesday evening on the number of beehives allowed to be kept within a defined square footage in the borough, and this decision could dramatically affect Keith Snyder's passion

Snyder lives on East School Street where he currently keeps 14 beehives in his yard.

Neighbors like Katie Ardelean, who has been stung while barefoot in her yard across the street, says Snyder's bee population must be drastically limited.

"It's not that we fear them being more aggressive, we're more worried about the number of bees in a small area," she said. "We have a lot of children that run up and down the street. I have two sons and one has been stung moving across the lawn in bare feet."

But not all the neighbors here on School Street are on board with the hive reduction movement.

"He's been here forever and has had the bees a long time," said neighbor Connie Nolan of Snyder and his hives. "I never had any problem with the bees and the gardens all grow better because of his bees."

After months of research and consultation with the state's Department of Agriculture, Hatfield Borough fashioned an ordinance with which they expect Snyder to comply.

"The ordinance that's in front of them tonight would allow for two beehives every 2000 square feet," said Hatfield Borough Manager Mike Definis. "The way I understand the ordinance, it would be six beehives."

"They actually have the square footage incorrect," he said.

Snyder staunchly defends his bees, saying they will not sting unless they feel threatened.

"They're not aggressive and they are not coming after people," he said.