WPVI
By Katherine Scott
PHILADELPHIA (WPVI) -- The Bridesburg Parade stepped off on Richmond Street Monday morning, just as it has for years.

Families lined the route for this annual tradition.

Jim Johnson, a veteran from Harleysville, staked out a spot early.

"I spent 21 years in the service," said Johnson. "There's a lot of people I know that have passed, and it's a good celebration for the people I've served with over the years."

The day began with a ceremony at Bridesburg American Legion Post 821.

Slaveski told 6abc about the importance of the holiday.

"We honor the veterans that died for us. Freedom don't come cheap," he said.

From there, the procession moved down Salmon Street to the wreath laying ceremony at Most Holy Redeemer Cemetery.

Some veterans explained it's important to remember but also to educate.

"There are teenagers today that have no idea what World War II was. No idea. They say 'what's that?' I was shocked," said World War II veteran Leonard Vedro.

Amid all the fun of the parade is the recognition of sacrifice.

"Our vets, the people who have lost their lives for our country, have sacrificed so much," said Courtney Hunter of Bridesburg. "It really is important to take a pause as a community and appreciate what they've done for us."
Report a correction or typo
Related topics:
societyphiladelphia newsparadephilly newsmemorial day
Copyright © 2020 WPVI-TV. All Rights Reserved.
MEMORIAL DAY 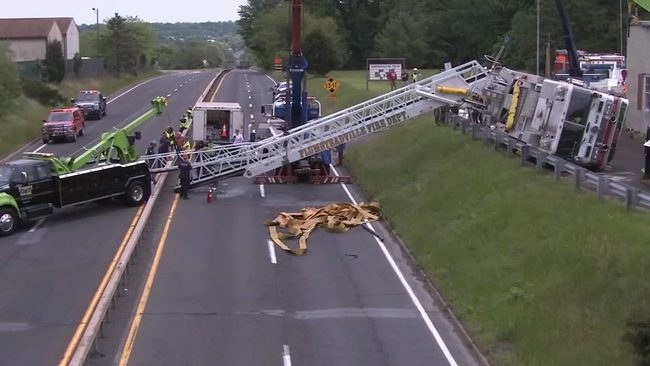