OAKFORD, Pennsylvania (WPVI) -- Bucks County, Pennsylvania was the setting recently for a heartwarming story that even a New York Times bestselling author couldn't have imagined.

Maureen Johnson is used to writing thrilling novels from her New York City home that captures readers' attention and leaves them with a lasting impression. Her "Truly Devious" trilogy which follows the investigative work of a teenage detective has been compared by USA Today to the "Harry Potter" series.

"To be able to write all the time is all I ever wanted to do," she once told Publishers Weekly.

But on Tuesday, it was a story Maureen's mother told her that had the author and her thousands of social media followers captivated, cheering, and smiling.

Before moving to NYC, Maureen lived in the Delaware Valley. She went to high school in Northeast Philadelphia then attended the University of Delaware. 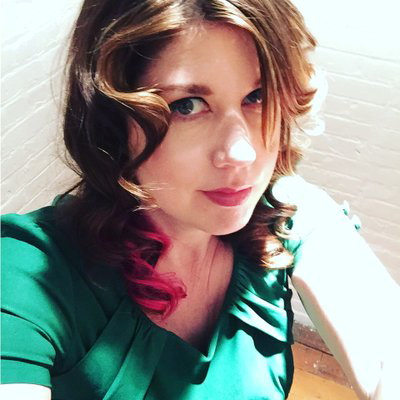 Author Maureen Johnson grew up in Bucks County, Pennsylvania. She was written many novels, but her latest story came from her mother.

Her parents, both in their mid-70s, still live in Bucks County where Maureen grew up.

Her mother Mary was looking to add a bit of brightness to the home, so she called Castle's Garden Center for some flowers to be delivered and dropped off on the porch. Another type of contactless delivery that is a sign of the times these days.

While on the phone with Castle's, Mary told them she had promised her daughter that she would not leave the house due to the ongoing pandemic and Pennsylvania's stay-at-home order.

What happened next left Mary speechless, social media applauding, and Maureen with another story to tell.

Once at Mary's home, Castle's delivery driver, a man named Dan, dropped off the flowers as Mary had ordered, but then told her, "Hang on, we have something for you."

My mother just called me. She had ordered some flowers from a small local store, to be delivered and dropped on the porch. When they brought the flowers, they said, "Hang on, we have something for you." The driver went back to the truck and proceeded to bring out...

Dan went back into the truck and brought out a bag of hot meals, plus multiple bags of groceries.

Mary was astounded by these additional surprise packages. She had to know why.

Dan told her, "When you called, you mentioned you had promised your daughter not to go out, so we were worried you had no food and brought some."

It turns out, Maureen had set up her parents for food deliveries every week. But regardless, her mother was still very appreciative of Dan's kind gesture.

"She was truly speechless. I'm not sure I've ever heard her speechless!" Maureen told 6abc.com. "She tried to pay them and they refused payment. They just wanted to make sure she had enough food."

Castle's Garden Center has been a neighborhood staple on Bristol Road since 1982. It was founded by Lynn and Steve Castle who are still running the property today. 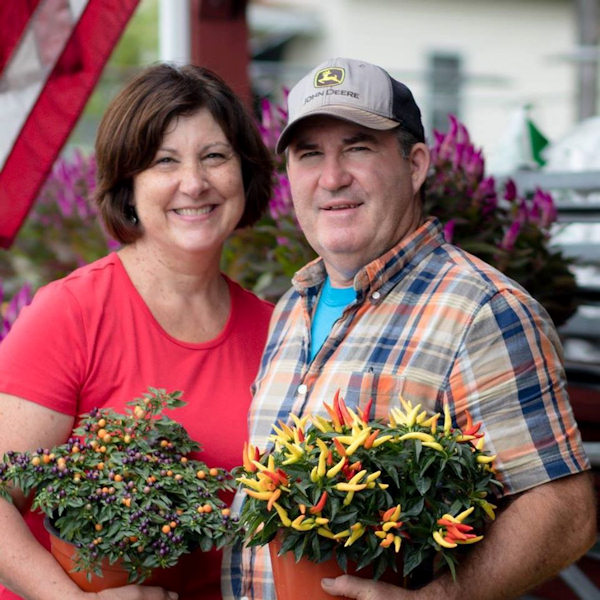 Castles was founded by Lynn and Steve Castle.

"We are a family run garden center, serving the needs of all our local residents," reads their biography on their Facebook page.

According to Castle's, a local businessman, Victor Corsino, is the good Samaritan helping make hot meals for the community.

Corsino, a real estate agent and investor, says his wife and mother-in-law cook the meals for the community.

"We try to focus on one kind of meal that is cost efficient and easy to make but still delicious. We make pasta with meat sauce with a little Spanish flair," Corsino told 6abc.com.

It's a true family production as Corsino's children help package the meals and write notes of encouragement. Friends also bake cookies that accompany each meal the family delivers. 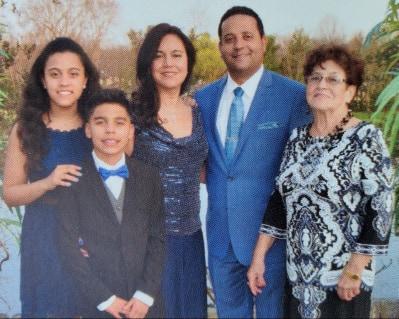 Victor Corisno and his family have been making meals to help those in need in his community during the pandemic.

"Several people have contacted me with the desire to donate money and stay anonymous and I tell them that I really don't want people's money, what I really need help with is finding those people better in need or seniors that are fragile or afraid to leave their homes," Corsino said.

Corsino said he and his wife, a school teacher, have been blessed because they are still working. So they wanted to find a way to give back.

"The owners of Castle's Garden Center and I have been friends for many, many years and they saw my post about the meals on Facebook. They asked if they could help and then asked for four meals and a business card to go with them," Corsino said.

When thinking Mary was without food, Castle's delivery driver Dan got the meals from Victor and then took it upon himself to pay for some groceries.

Maureen says her mother is not used to being the recipient of such generosity, but, rather, has been the one providing the help for years to those in need.

"My mom is a retired nurse who volunteers at a food pantry/community kitchen, so she is used to serving food to people. She'd never been on the receiving end and was really moved past words," Maureen said.

Maureen's tweets about Castle's act of kindness have been retweeted and liked thousands upon thousands of times since she relayed the story.

If you have gardening needs in Lower Bucks County, PA, here you go. This is a small local business and they are AMAZING PEOPLE: https://t.co/jVq4n2KS6W

"This is a roadside plant and garden shop. They brought hot meals from one source and then went to the grocery store and bought food with their own money. They possibly spent more on the food than my mom did on the plants," one of Maureen's tweets read. (That one has been liked more than 33,000 times.)

This is a roadside plant and garden shop. They brought hot meals from one source and then went to the grocery store and bought food with their own money. They possibly spent more on the food than my mom did on the plants.

Because of the author's trending social media posts, Castle's received an outpouring of support.

In a Facebook message, Castle's says everyone can play a small part in caring for their neighbors and making someone's day brighter.

They wrote, "We don't do this for recognition and are overwhelmed with gratitude by your response. Please take this opportunity to pay it forward and not only support your local small businesses, but be kind to your neighbors. It is a community effort."

And that's the important message that came from this nonfiction tale - one nobody could've written better.