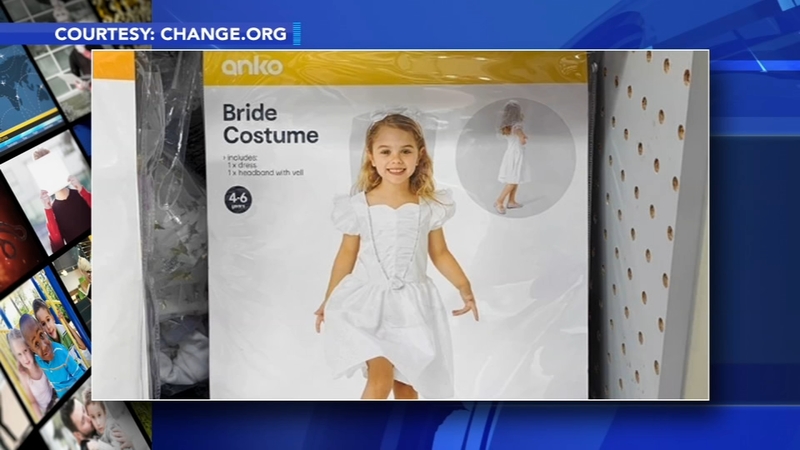 A bride Halloween costume for young girls was pulled from the shelves at Kmart after people petitioned and called it "beyond inappropriate."

The costume is a wedding dress and a veil.

Kmart officially stopped selling it after a change.org petition accused the company of promoting and normalizing forced child marriage.

"Each year, 12 million children, girls as young as 6-years-old - the same size as this costume- are sold or married off by their family without their consent," a woman in Australia wrote.

Kmart issued an apology and said they never intended to cause offense.

Some people are saying it's Halloween and it's just a costume.