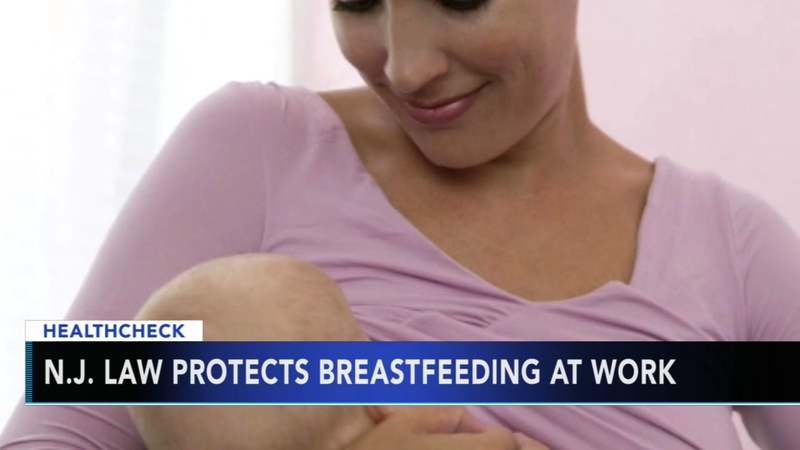 TRENTON, N.J. -- Firing or discriminating against women who breastfeed at work is now prohibited under state legislation signed by Gov. Chris Christie on Monday.

The Republican governor also signed dozens of other measures, including two related bills, in the waning days of his two-term administration. Democrat Phil Murphy will take over as governor on Jan. 16.

In a statement, Christie rebuked the New Jersey Business and Industry Association, a lobbying group, for what he called its "illogical opposition" to the legislation.

"During my term, I have done all I could do to support a welcoming environment to working mothers in New Jersey workplaces. It is deeply disturbing that a major business lobbying group does not share that sentiment," Christie said.

New Jersey Business and Industry Association President Michele Siekerka said in a statement that Christie was provided "misinformation" regarding the group's position on the measure.

The group initially opposed the bill, seeking an amendment to shift the prohibition from the state's anti-discrimination law to another section, but later dropped its opposition.

"We did not oppose the requirement that a mother returning to work be accommodated for breastfeeding, as the governor incorrectly asserted," Siekerka said.

Employers would be in violation of the new law, which serves as an update to the state's civil rights law, for firing or discriminating against a woman over breastfeeding. Businesses must now also provide break time and a suitable location for breastfeeding women to express milk in private.