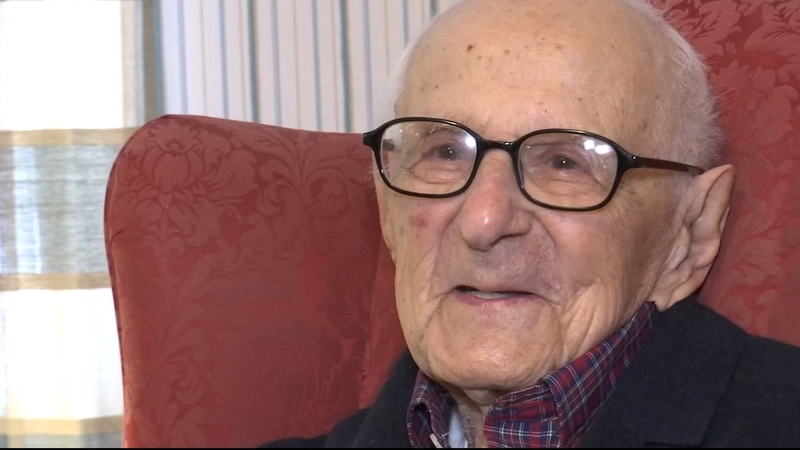 Of the millions of Americans now fully vaccinated against COVID-19, Lt. Col. William Bonelli stands out.

He's been a survivor long before this pandemic.

"In the Pacific, I was a mechanic on the B-17," said Bonelli, who piloted the WWII bomber on more than 30 missions through Nazi Germany and Italy. He survived Pearl Harbor.

This year, he's been battling a new enemy: cancer.

"I'm probably more surprised than anyone else that I'm still here and talking," he said.

His family wasn't sure he'd see his next birthday, so they threw him an early party last fall, attracting first responders from all over Montgomery County to pay their respects.

Raised by the WWII hero, Geralee Wood said she knows what that milestone means to her father.

"You know for him, that's a goal that's been stated and unstated for many years."

Friends of the family are throwing Lt. Col. Bonelli a 100th birthday party at Mission BBQ next week and they have a big ask of the community for it: They want everyone to send him cards to celebrate a life well-lived.
"What more can I say in that regard?" said Bonelli.