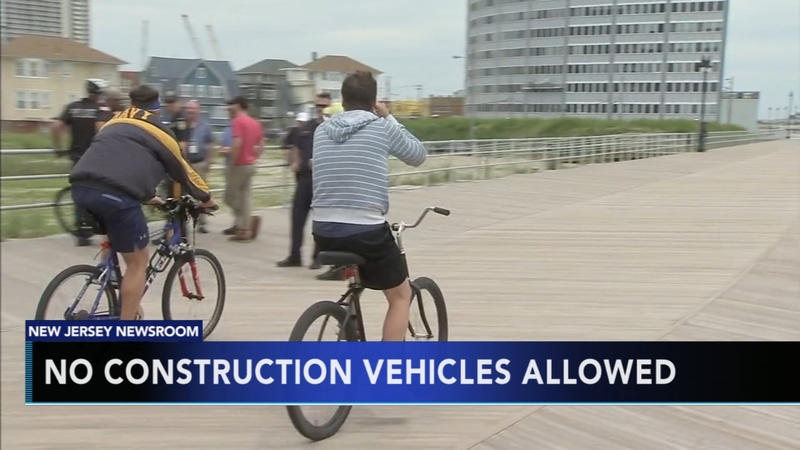 ATLANTIC CITY (WPVI) -- Atlantic City officials say no more construction vehicles will be allowed to drive on the Boardwalk due to years of structural damage caused by traffic.

Democratic Mayor Frank Gilliam says much of the Boardwalk is in disrepair because construction vehicles were allowed to drive on it. The Press of Atlantic City reports the city will install concrete barriers at many street-end boardwalk ramps to restrict traffic.

The state is emphasizing that the Boardwalk remains safe for foot traffic, noting that a structural engineer deemed it safe for pedestrian use.

Gilliam says the city is hoping to use leftover and unallocated federal funding from Superstorm Sandy to help make repairs.

According to the mayor, a complete renovation of the Boardwalk could cost an estimated $50 million.