Cosby lawyers fight testimony of other women at sentencing 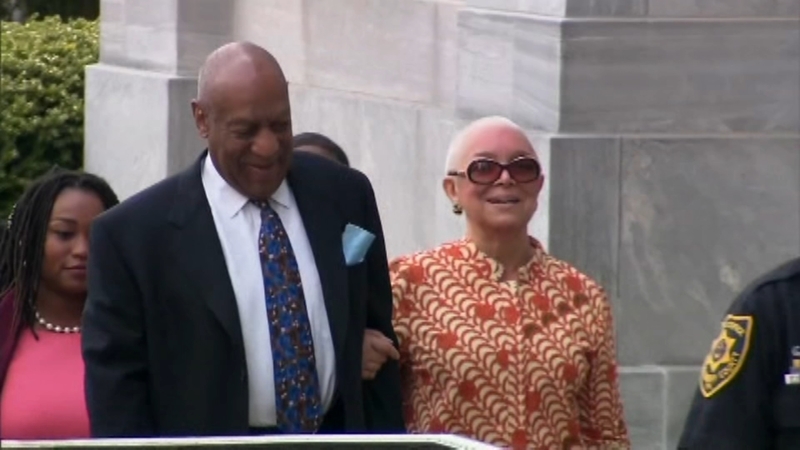 Cosby lawyers fight testimony of other women at sentencing

PHILADELPHIA -- Bill Cosby's lawyers will fight a prosecution bid to have other accusers testify at his sentencing this month on felony sex assault charges.

Prosecutors in Pennsylvania want at least some of Cosby's dozens of other accusers to testify at the Sept. 24 sentencing. Five testified at the spring trial, when jurors convicted Cosby of drugging and molesting a woman at his suburban Philadelphia home in 2004.

In a court filing Monday, defense lawyer Joseph Green Jr. said testimony about uncharged conduct should be used in Pennsylvania only if a defendant remains a public threat.

"Allegations of misconduct that are more than 20 years old have no relevance to the (necessarily future) 'protection of the public' from an 81-year-old unsighted man," he wrote.

Cosby faces up to 10 years in prison on each of three felony counts, but could get far less under state guidelines.

Dozens of women have accused Cosby of sexual misconduct during his more than 50-year entertainment career, but nearly all of the claims are too old to prosecute. The criminal charges involve only his encounter with Andrea Constand, who worked at Temple University, where Cosby served on the board of trustees.

Montgomery County District Attorney Kevin Steele has not said which or how many accusers he hopes to call to testify. Cosby spokesman Andrew Wyatt last week called the prosecution effort "another publicity stunt."

Judge Steven T. O'Neill has set aside two days for the sentencing hearing.

The defense also plans to fight a state board's recommendation that Cosby be classified as a sexually violent predator, which would require him to undergo mandatory sex offender counseling and alert neighbors if he is released.

Defense lawyers have said the state's recently revised sex offender registry law is unconstitutional and should not be applied retroactively.