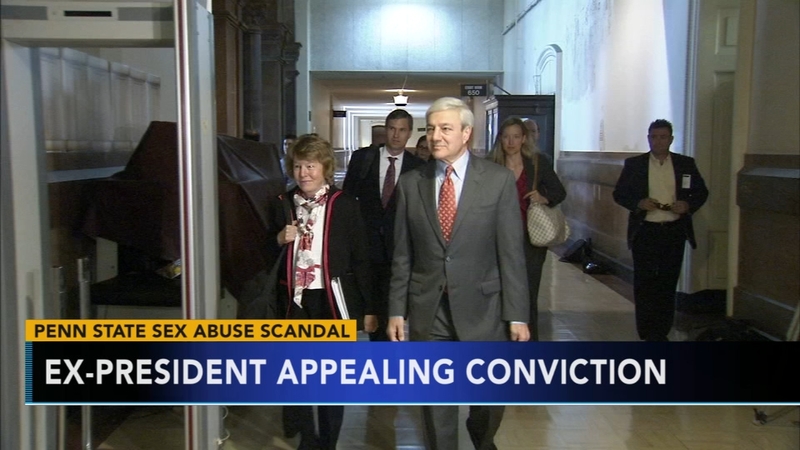 HARRISBURG, Pa. -- Former Penn State president Graham Spanier wants the Pennsylvania Supreme Court to reconsider his conviction for misdemeanor child endangerment for how he handled a report of Jerry Sandusky showering with a boy.

Spanier's lawyers this week filed a petition arguing the trial judge and a lower appeals court improperly relied on a statute of limitations law that prosecutors had never cited.

Spanier is out on bail and hasn't begun serving his sentence of two months in jail and two months of house arrest.

His lawyers say that for the relevant provision of the statute of limitations to apply, prosecutors would have needed to prove the boy in the shower in 2001 was less than 14 years and 11 days old.

Prosecutors have said they don't know the boy's identity.