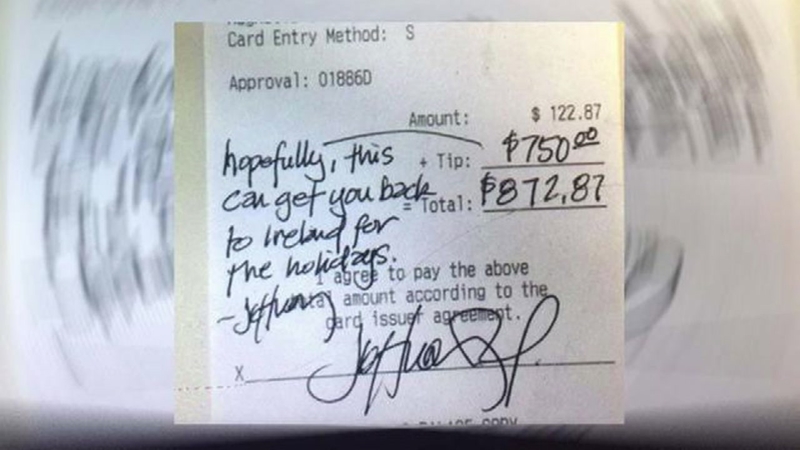 HOUSTON -- A customer at a Houston, Texas restaurant is reminding the world the best way to celebrate the season is an act of kindness.

Rather than the suggested 20% tip, the customer left the waiter, Ben Millar $750. Millar's girlfriend, Taryn Keith was so moved by the customer's big heart, she decided to share the post on Facebook.

The note on the receipt explained the reason for the customer's generosity. "Hopefully, you can get back to Ireland for the holidays," it reads.

Keith, who is pregnant, explains in her post that they wanted to go to Ireland to introduce her boyfriend's family to their child once the baby is born in January. In her Facebook caption, Keith wrote: "Thought I would share it to show everyone that there is not only hate out there. Truly blessed."
Related topics:
societytippingbuzzworthyu.s. & worldrestaurantgood newsfeel good
More Videos
From CNN Newsource affiliates
TOP STORIES