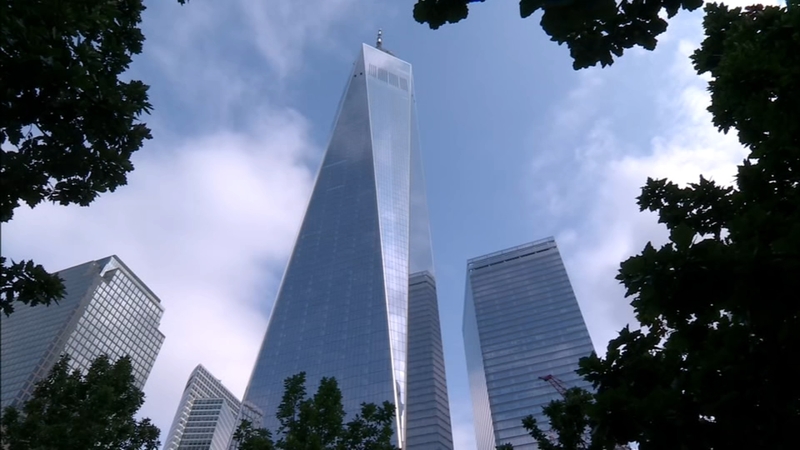 PHILADELPHIA (WPVI) -- Nineteen years ago, nearly 3,000 eople were killed when terrorists hijacked four planes and crashed them into New York City's World Trade Center Towers, the Pentagon, and into a field in Shanksville, Pennsylvania.

On Friday, memorials were held across the nation in their honor.

"It is vitally important that we remember that day for so many reasons," said Philadelphia Fire Commissioner, Adam Thiel.

Philadelphia City leaders, first responders and everyday citizens took time to pause, reflect and pay honor to all those who lost their lives on September 11, 2001.

It was an emotional gathering at the Engine 8 Firehouse station, as bells tolled in honor of the 343 New York City Firefighters and paramedics, 60 New York City police and port authority officers and all the 2,977 victims who died in the September 11, attacks.

Ceremonies around the region, like this one in Delaware County, at Rose Tree Park, echoed the same tone, imagery and message.

Communities united and vowed never to forget the terrorist attack 19 years ago that left a permanent scar on our country's history.

In Reading, Pennsylvania there was a similar show of solidarity at City Park.

Those who attended the tributes, acknowledge 9/11 as a painful memory, but say out of the hurt and pain, came an undeniable show of unity in America.

"May God bless the heroes of 9/11 and may their memories continue to live on and inspire us all," said Philadelphia Mayor Jim Kenney.