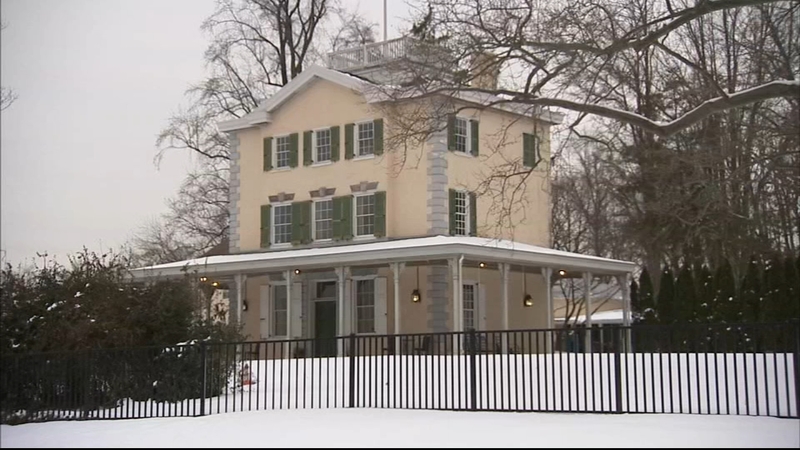 PHILADELPHIA (WPVI) -- Jeanyne James volunteers as a tour guide and serves as historian at the Underground Railroad Museum at Belmont Mansion. She says she hopes to help visitors understand the building's historical significance.

"The mansion was built around 1736," she said. "And it was built by William Peters."

When Peters, a loyalist, was called back to England, he left the mansion and an enslaved woman named Cornelia Wells to his brother, Judge Richard Peters, and his son.

"They were the first non-Quaker abolitionists right here in Philadelphia," explained James. "He allowed her to work off her indenture."

And the mansion became a stop on the Underground Railroad, which was a network of houses and passageways that helped enslaved people stay safe while seeking their freedom.

The historic place could have been lost, if not for the American Women's Heritage Society.

"Our main focus is to preserve the legacy and Belmont Mansion is the only one that is cared for by African-American women," said James.

The late Audrey Johnson-Thornton assembled this group of women and founded the society in 1986. James has been a member for over 20 years.

"She did a wonderful job of bringing this particular property back to life," said James.

There is much to see and learn at the mansion. James says that panels in quilts contained coded messages to help guide enslaved people.

She made many of the quilts on view at the mansion, but one is used as a learning tool.

One panel design is called the bow tie. James says this was only seen once a free society was reached, such as the city of Philadelphia.

"There were so many different ways that slaves were helped as they were seeking their freedom," she explained.

James says that some people might not know that enslaved people seeking their freedom came through the mansion in the middle of West Philadelphia and because the Belmont Mansion was such an important stop on the Underground Railroad, the preservation of that history is important.