Police call Vince a "staple in the Warrington/Doylestown area for years."
WPVI 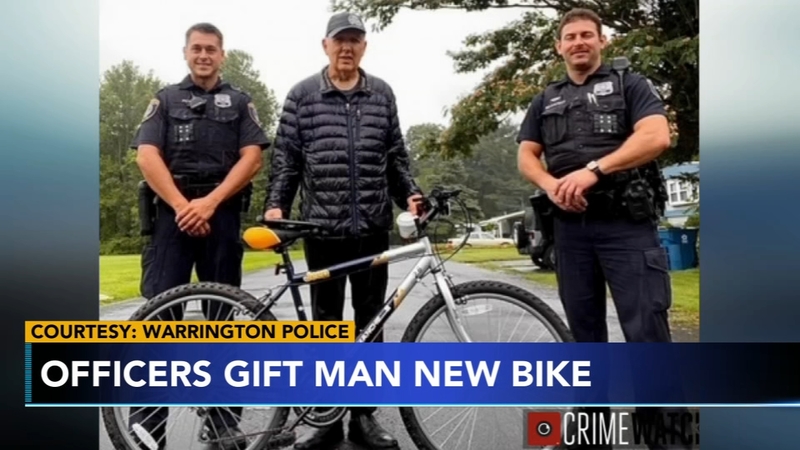 WARRINGTON TWP., Pennsylvania (WPVI) -- Two police officers came to the aid of a man who is well known in a Bucks County community after his bike was stolen.

The man, named Vince, has worked at the Burger King in Doylestown since 1999. He also is an employee at the Moe's Southwest Grill in Warrington.

Police in Warrington Township call Vince a "staple in the Warrington/Doylestown area for years."

So when two Warrington police officers, Officers Fox and Moldavskiy, learned that Vince's bike was stolen, they set out to get him a replacement.

Together, with funds from the Warrington Police Benevolent Association, they bought a new bike.

The officers loaded up the bicycle, complete with a new lock, and drove it up to Vince.