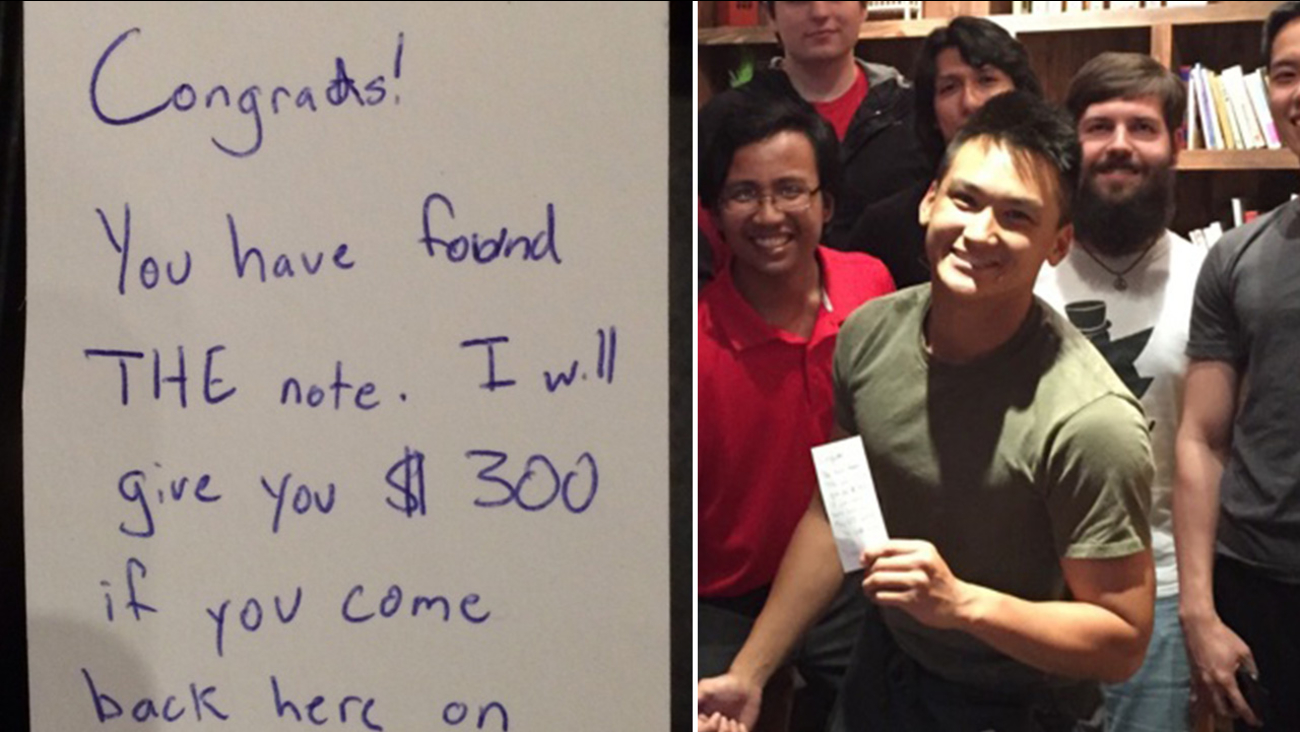 Last year a man found a handwritten note hidden inside a book at a local cafe, promising $300 to the person who returned to the same cafe a year later. But when the man returned on the specified date, he got something a whole lot better. 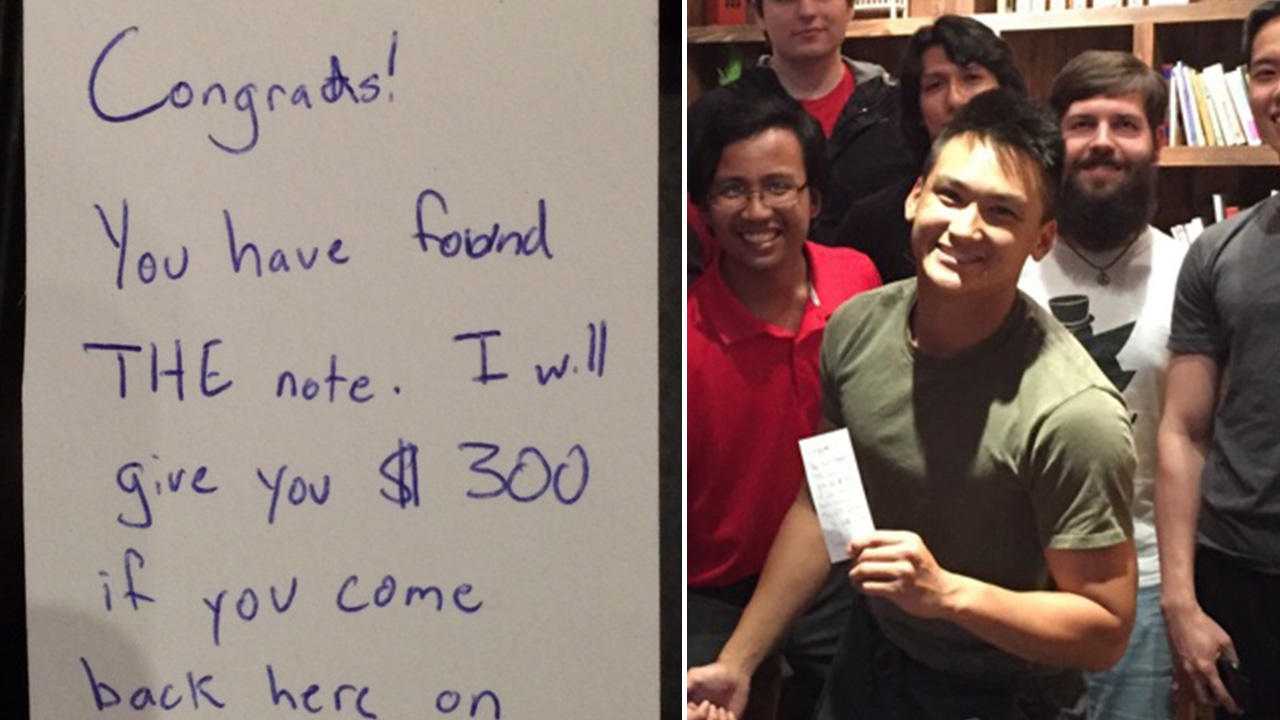 PHOTOS: $300 mystery note leads to all day adventure
Last year a man found a handwritten note, hidden inside a book at a local cafe, promising $300 to the person who returned to the same cafe a year later. But when the man returned on the specified date, he got something a whole lot better.

The note also contained a code word, which Dang covered up.

Immediately, many within the Reddit community formed a sort of cult following around the mystery note, urging him to return the next year. Dang later posted a photo of his counteroffer to the mystery note writer, asking for only $200 if he they could meet in July 2014, instead. When Dang came back to coffee shop then, he found no one and had no response.

For months, Reddit users periodically discussed the note in other threads, and constantly reminded Dang to return the next year, eager to know how the story would end.

Finally, more than a year after finding the note, Dang returned to the cafe right when it opened on Wednesday, May 27. He even posted a sign on the bookshelf to let the mystery note writer know he came back. Since there was so much interest in the outcome of the mystery note, Dang involved the online community by hosting a continuous live update from the cafe.

As Dang waited for hours in the cafe, many of Dang's Reddit followers decided to haze and cheer him on, sending pizza delivery, gift cards for the cafe, and $300 in Monopoly money. Others decided to visit Dang in person.

Even a local entertainment company stopped by to give him some free merchandise.

Dang and his newfound companions waited 14 hours in the cafe, until it finally closed at 11 p.m. The mystery note writer never showed, Dang never received his $300, but he and his followers felt the whole ordeal was worth it anyway.

"But all in all, even though there was no deliver on their part. It was a crazy experience, and Thank you all for the support," Dang wrote on Reddit.
Related topics:
societydistractionredditbuzzworthyphotostrendingwatercoolerfun stuffcoffee
Copyright © 2021 WPVI-TV. All Rights Reserved.
DISTRACTION
Carrie Fisher describes 'Star Wars' filming in rare 1977 interview
What is pi? Here's an explanation using pie
Fun facts about Dr. Seuss in honor of his birthday
79-year-old man makes 1st-ever snow angel
TOP STORIES
Father, 2 daughters and niece killed in South Jersey crash
Recovered body matches description of missing woman: Police
Fauci warns 'things are going to get worse' with COVID
AccuWeather: Sunny and nice start to the week
Man using ATM shot after refusing to give up cash: Police
MLK Drive reopening to vehicles this week: What you should know
Frustration as Biden, Congress allow eviction ban to expire
Show More
12 injured during incident at sports complex in Manheim, Pa.
Tornado outbreak: 9 twisters confirmed in Philadelphia region
Gibson excels in Phils debut; Realmuto, Harper pound Pirates
Philly restaurant mandates proof of vaccination to dine inside
Bacon may disappear in California as pig rules take effect
More TOP STORIES News