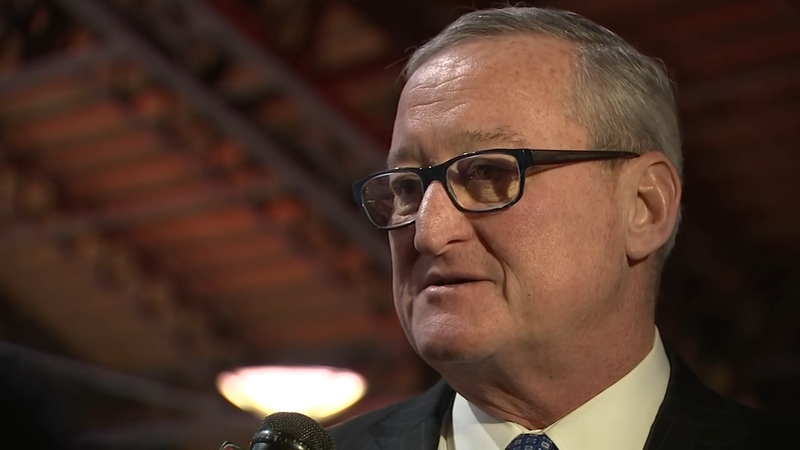 PHILADELPHIA (WPVI) -- Philadelphia Mayor Jim Kenney put the Mummers on notice: the longtime tradition will be over if changes are not made.

Kenney sent the letter to the heads of the Mummers divisions this week requesting a meeting, saying the future of the parade could be in jeopardy following an incident involving blackface at this year's event.

During this year's parade, a member of Froggy Carr, in the Wench Brigade, and another person, were accused of wearing blackface. Froggy Carr was later disqualified from the competition.

"The future of the parade is in jeopardy if Mummers leadership does not make immediate changes to better control the parade and organize yourselves. To be specific: I will explore options such as hosting the City's own New Year's Day Parade or changing the City's policies regarding informal cost forgiveness applicable to cultural parades," said the mayor in the letter.

The mayor's spokesperson tells Action News that a date for the meeting has not yet been set.

Rich Porco, president of the Mummers Comics division, said what happened this year was horrible.

"It's not appropriate. It's not morally right to do that," said Porco.

But Porco also says that it's extremely difficult to police 10,000 people.

"In fact, that morning city officials got six or seven blackface people and wiped it off them. So we are trying, but two slipped through the cracks," he said.

The letter outlines several requested changes to ensure a more orderly parade and accountability for when participants violate those rules and "bigoted actions."

"It is therefore critical that you take decisive steps to end this behavior for good. If you fail to make these necessary changes, the parade will forever be known for hatred and bigotry, not the hard-work, dedication and celebration that I once enjoyed as a participant," the mayor added.

Mummers attorney George Badey released a statement saying, "Dialogue is crucial to understanding, and we look forward to working cooperatively with the city. We want to see the recommendations that the city will suggest, and to make this uniquely Philadelphia tradition better than ever in the years to come."

Read a full copy of the letter below: 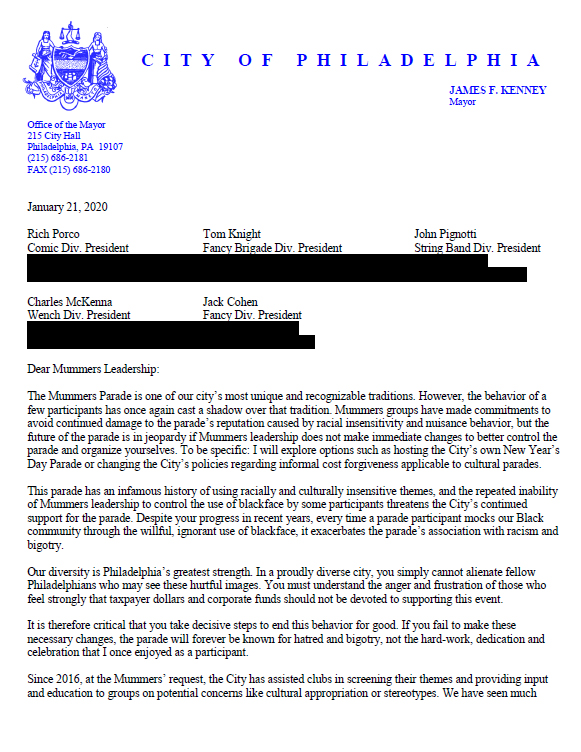 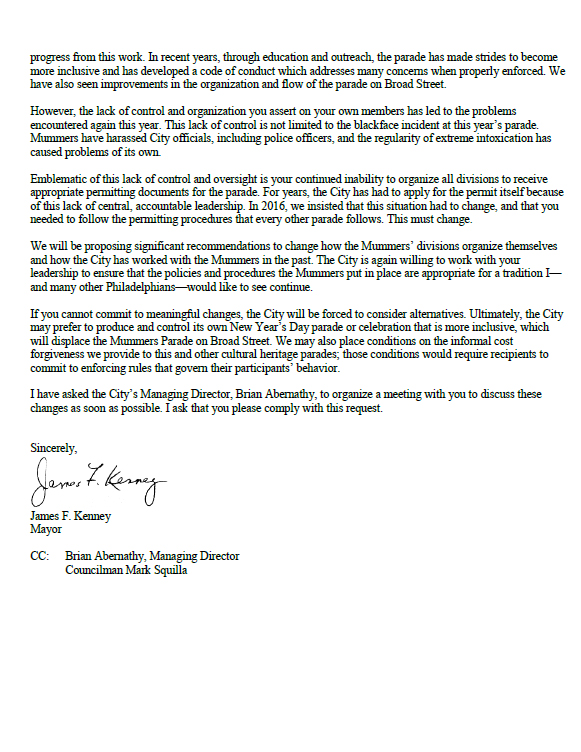