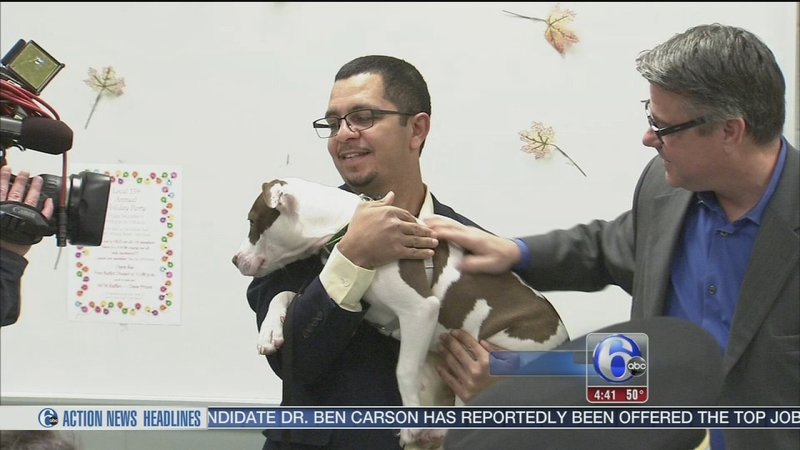 NORTHEAST PHILADELPHIA (WPVI) -- A former prison inmate has been using his second chance to save helpless animals.

He helped launch New Leash on Life which allows inmates to train shelter dogs for adoption.

Rosa began working with animals through a prison program after he was arrested for drug possession as a teenager.

He continued following his passion when he was released in 2005.