Lawmakers estimated that the Democrat-led joint Assembly and Senate panel heard from around 90 people, including police, ministers, health experts and former Democratic Rep. Patrick Kennedy, on marijuana legalization before a standing-room-only crowd.

If approved, the legislation would move to the floor of each chamber. A voting session is scheduled for later this month.

New Jersey would join 10 other states and the District of Columbia if it legalizes recreational cannabis. New Jersey lawmakers have held previous hearings on legalization, but Monday's was the first that resulted with legislators voting to advance the legislation.

The sweeping, 147-page measure legalizes an ounce of marijuana for adults 21 and over, sets up a five-person, cannabis commission and taxes cannabis at 12 percent.

Democratic Gov. Phil Murphy has been a vocal proponent of legalization.

Yet the process has until now stalled in the Legislature, where lawmakers say setting up a new industry takes time, and securing votes poses hurdles.

Democratic state Sen. Nicholas Scutari sponsored the legislation says it will boost the economy by resulting in new businesses and grow the state's perennially strapped revenues through taxes.

He hailed it for setting up "an entire new business opportunity and entire new industry."

The first-term governor regularly cites "social justice" and disparate arrest rates for black residents as the primary cause for his support, but opponents raised concerns that legalization would not give enough of a boost to black communities. Democratic state Sen. Ron Rice called for a racial impact statement.

"This bill is being sold under the auspices of social justice but it's really about money," he said.

The measure calls for at least 15 percent of the licenses to cannabis establishments go to "minority owned businesses."

A heated exchange unfolded after Kennedy, a current state resident and former Rhode Island congressman and the son of Ted Kennedy, warned that legalization would lead to the increased power of the "marijuana lobby" because of a built-in profit motive. He compared it to alcohol.

"You haven't seen anything yet when it comes to the power of the marijuana lobby," he said.

Scutari then asked whether he supported alcohol prohibition, which led Kennedy to say the lawmaker was showing off for reporters.

The legislation's 12 percent excise tax includes the 6.625 percent sales tax. The draft also allows towns and cities to apply for up to a 2 percent tax on cannabis. That's a change from an earlier proposal to phase in a higher rate over five years from 7 percent to 25 percent.

The legislation also calls for expediting expungements for people with marijuana-related criminal backgrounds.

The a five-person cannabis commission would regulate the substance and industry, with members working be full time and getting a $125,000 per year salary, while the chairman would get up to $141,000 annually.

Murphy said at an unrelated news conference that he was happy the bill was advancing but declined to specify whether he supported it. 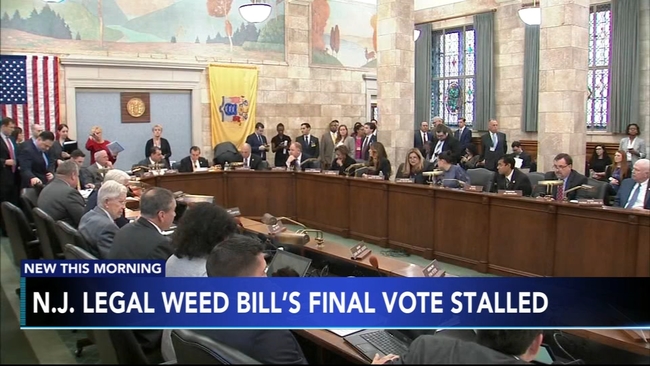 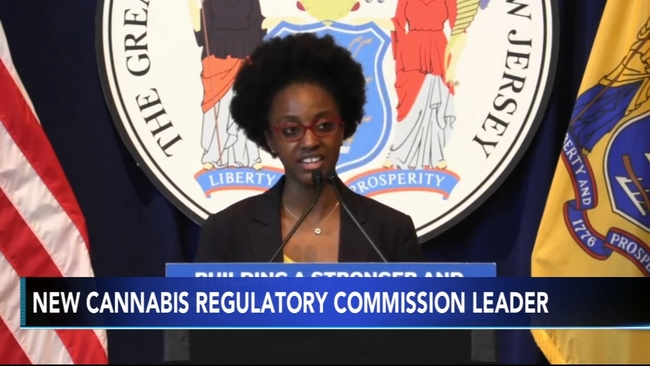 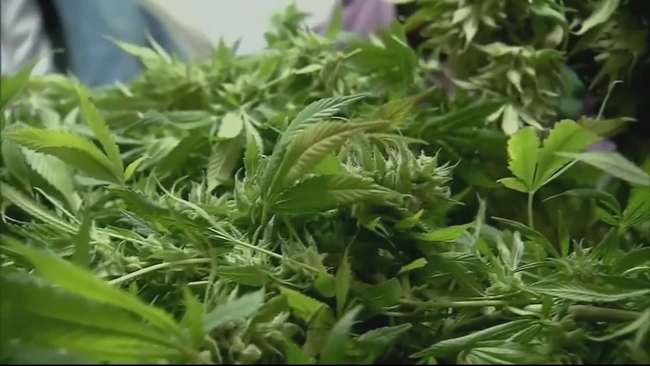